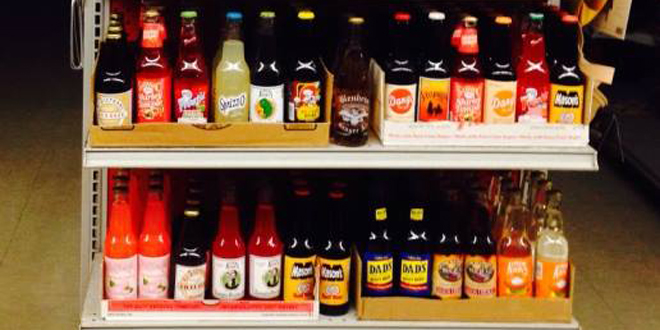 Displaying unique food and glass bottles of soda pop near the checkout counter has customers coming back for treats at Capac Hardware in Capac, Michigan.

The Do it Best store bought more than 700 bottles of carbonated drinks through a company called Mom & Pop and created an eye-catching display of them after Thanksgiving. Six packs of the drinks, which come in bottles and in dozens of flavors, sold well as holiday gifts, but they now attract customers who simply drop by the store to get a unique thirst quencher.

Some customers buy the soda just to try the different flavors, which include traditional root beer, but also unusually named concoctions such as zombie brain juice, which is a strawberry-orange drink, and chocolate-covered maple bacon, store owner Jeff Kegler says.

“I wanted something you can’t buy just anywhere. They come to you because they can’t get that somewhere else,” he says.

The soda pop display, along with other endcaps containing candies and locally made sugar-coated almonds, are placed near the store checkout counter, where the items sell well as impulse items, he says.

Kegler took a cue from big-box retailers, which often sell refreshments near the checkout counters.

Independent stores can create attractive displays with unique edible or drinkable items, and they also have the freedom to buy locally and adapt the product mix based on what sells well.

Kate is profiles editor for Hardware Retailing magazine. She reports on news and industry events and writes about retailers' unique contributions to the independent home improvement sector. She graduated from Cedarville University in her home state of Ohio, where she earned a bachelor's degree in English and minored in creative writing. She loves being an aunt, teaching writing to kids, running, reading, farm living and, as Walt Whitman says, traveling the open road, “healthy, free, the world before me.”
Previous Condition and Repair Wood
Next U.S. Home Sales Down Overall in 2014

What Your Merchandising Tells Your Customers 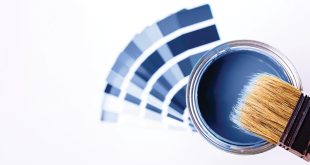 Creating a Buzz in Your Paint Department

6 Resources to Help Your Holiday Prep

3 Holidays to Celebrate to Boost Traffic and Community Engagement

If you have a significant winter holiday product mix, you may see traffic pick up …