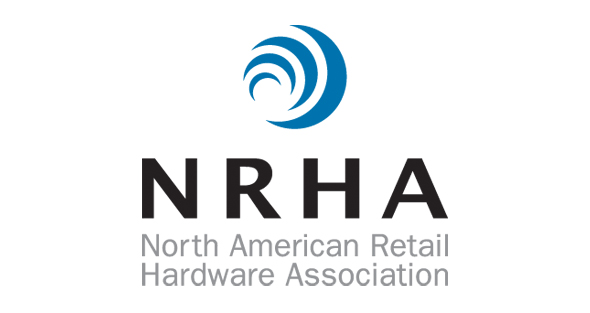 The national recognition program, now in its 18th year, identifies and promotes the next generation of aspiring independent home improvement retailers and recognizes individual achievement in the industry by retailers 35 years of age and younger throughout the United States and Canada. Selected from different retail categories, winners are chosen based on criteria such as career accomplishments, community involvement, hardware industry education and extracurricular activities.

When he was just 24 years old, Coté purchased a struggling hardware store that was about to go out of business. Over the next three years, he used his leadership and vision to rebuild the store’s credibility with the community, expand the store’s inventory and increase sales 76 percent. Coté has also been involved in local politics, holding a seat on the town council and working on legislation to improve his community. “I think it’s important to give back to the community that gives so much to me,” he says. “I want to make sure people know that we are a lot more than just a brick-and-mortar store; we are a part of the community.”

After purchasing a local hardware store in 2010, Burgess spearheaded an update of nearly every aspect of the store, from its inventory to its operations to its design. The result was sales increases and a 22 percent margin dollar increase. Burgess has continued to build the business by introducing a commercial supply program, doubling the number of employees and introducing several niche categories. He believes his success helps him give back to the community. “The more successful my business is, the more I can give back to a community that has supported us,” he says.

While he grew up working in the family hardware store, Rector started working full-time in the business establishing a marketing department at the same time he was going full time to college. After graduation, he became the retail manager and oversaw a full remodel of the store, which began increasing sales after several years of decline. He has also taken on managing the store’s outreach and fundraising, which includes community groups, youth sports, Habitat for Humanity and Relay for Life.

Every year since Coblentz took leadership of the power equipment department at Hartville Hardware, sales in that area have increased by double digits. His leadership skills are evident in his aggressive approach to bringing in new product lines, his refined sense of merchandising large equipment and his ability to bring together a strong team committed to customer service. “The sign of a true leader is having someone follow him, and Zach has built a team that respects him and is willing to work hard for him,” says Howard Miller, president of Hartville Hardware. “Under Zach’s leadership, sales in power equipment have nearly doubled in the last five years.”

When Kowalchuk decided to merge his business with a local building center, he faced a difficult, but ultimately rewarding task. Integrating the two stores meant keeping a store that was shoppable in the midst of extensive renovations to the building. Because of his efforts, the sales have increased by double digits in categories across the store, including a 63 percent increase in plumbing sales and a 54 percent increase in flooring sales over two years.

One of the high points of Banyasz’s career may be the way she has drawn in more female shoppers through a highly profitable Yankee Candle category and a Christmas department. She also has been instrumental in overseeing a store expansion and expanding the company’s offering of live plants and vegetables. She also takes the lead in coordinating the store’s involvement in a wide range of community events and fundraisers.

Not long after she took over the store when her father retired, Kennard doubled the total square footage of the family business and tripled the sales volume. She has so far directed the opening of three stores and used her keen sense of what the customer wants to help her shape her product mix. “Neither my father nor I have ever been afraid to try new things in business, whether it is product, technology or adding a niche,” she says.

Within a few years after taking a job at T.H. Rogers, Morgan was promoted to manager of T.H. Rogers’s Siloam Springs store. Quickly recognizing opportunities in the marketplace, Morgan set upon expanding the store’s offerings. When a nearby door shop closed, he purchased the business and added it to the list of services his store offers. He also ventured into commercial concrete accessories, such as rebar, bridge decking and road construction materials. After investing in an experienced salesman and merchandise, in a few months his investment had paid for itself and started turning a profit.

“This program continues to gain prestige in the retailing industry. Manufacturers, retailers and wholesalers all anticipate the selection and celebration of the extraordinary accomplishments of the honorees,” NRHA President and CEO Bill Lee says. “To be selected as a Young Retailer of the Year is a high honor. These honorees exemplify the true spirit of this award with their business acumen and spirit of giving back to their communities.”

Sponsors of the 2014 Young Retailer of the Year program include Apex Tool Group, Fluidmaster, Intertape Polymer Group and the American Hardware Manufacturers Association.

The Young Retailer of the Year awards banquet will be held May 5 at the Renaissance Las Vegas Hotel prior to the opening of the National Hardware Show®. For more information on the awards program, winners and show, please visit: http://www.nrha.org.

Amanda Bell was an assistant editor of Hardware Retailing and NRHA. Amanda regularly visited with home improvement retailers across the country and attended industry events and seminars. She earned a degree in magazine journalism from Ball State University and has received honors for her work for Hardware Retailing from the Association of Marketing and Communication Professionals.
Previous Fuel Treatment
Next Radiant Inspiration: Pantone Selects 2014 Color of the Year