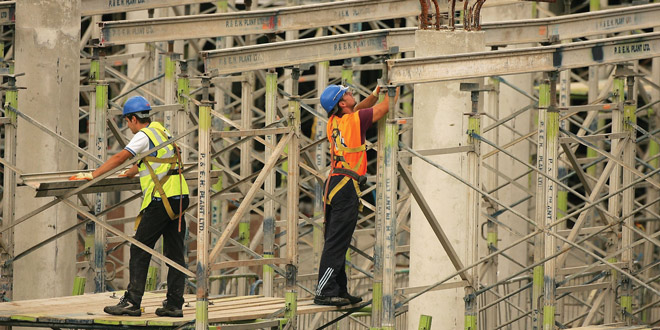 Home improvement retailers have seen sales spike throughout 2020, with each month showing year-over-year highs since COVID-19 began. The story for America’s contractors has been more nuanced. Ken Simonson, chief economist for the Associated General Contractors of America (AGC), says it’s important for retailers to understand how their pro consumers are doing. Discover some of his key industry takeaways now.

02-New home construction demand remains strong.
“I expect demand for new homes, additions and renovations to remain strong,” Simonson says. “But most nonresidential construction is likely to remain in a slump until many other sectors have recovered.”

This trend follows previous patterns observed after the Great Recession, when construction employment didn’t hit its bottom until January 2011, a year after the trough in overall nonfarm payroll employment.

As a new year begins, Simonson says home improvement retailers should know commercial remodeling will be a much stronger market than most other types of new nonresidential construction.

“This fact is going to provide opportunities but also challenges, since the quality of an item needed to remodel a large office building or hospital may exceed the capacity of the supply chain and cause delays for residential remodeling projects,” he says.

Todd is trends editor for Hardware Retailing magazine. He graduated from Indiana University where he majored in journalism and French. Throughout his career, he has aimed to highlight small businesses and their community value. He joined NRHA in 2017.
Previous 6 Ways to Spruce up Your Outdoor Living Displays
Next Jack’s Country Store Has Thrived During 135 Years of U.S. History