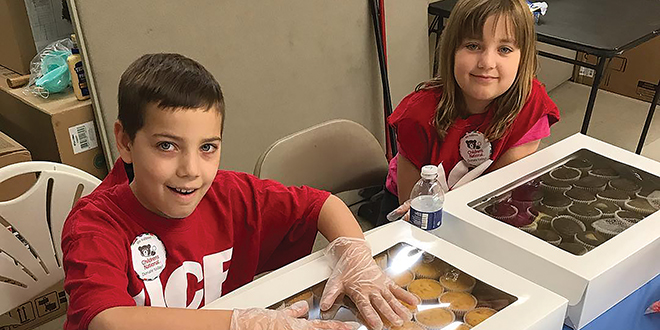 Icing, sprinkles, marshmallows, gel, chocolate syrup—what else can you put on a cupcake? At Twins Ace Hardware’s Construct a Cupcake event in February, children of all ages were piling cupcakes high with their choice of toppings to create their own culinary delight.

Craig Smith, co-owner of the store in Fairfax, Virginia, was there to encourage them.

“I tell them to load it up,” he says. “Parents are sometimes wary when they see everything piling on top of that cupcake, but they typically join in.”

The fun is going to a good cause. For the past five years, Smith has hosted the cupcake decorating event as a way to participate in the Fairfax chocolate festival while raising money for the local children’s hospital.

Anyone can purchase an unfrosted cupcake for $3, and then they have the freedom to use as many of the toppings Smith provides to build their own unique cupcake. Smith says this year he sold about 300 cupcakes, with all of the proceeds going to the children’s hospital. Over the last five years, the event has raised more than $4,000. It’s one of several events Smith holds throughout the year, including an art show and a pine car derby event, that raises money for the hospital.

“This event has been simple to execute and super fun,” says Smith, adding that the main cost to the store is the price of the cupcakes and toppings. “Traffic to the store is usually low in February, so this helps increase business here during that time.”

In addition to driving foot traffic, Smith says the event also helps raise awareness and creates connections for community members who have needed to utilize the hospital.

“We put out a lot of information about the hospital for people to see,” he says. “This event really hits home for a lot of parents who have had their children as patients in the hospital. It’s also important to have children helping other children, and it’s good when the kids see that connection.” 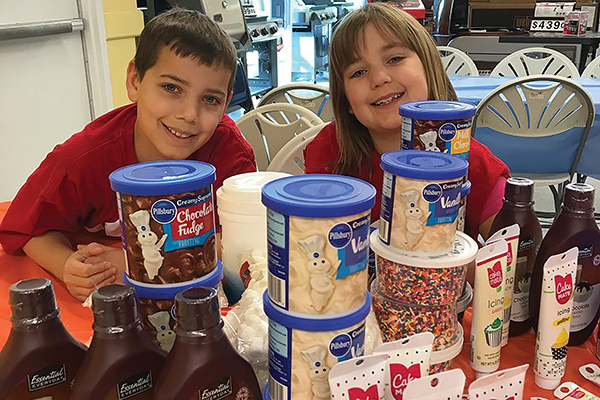 Jesse Carleton has visited independent hardware retailers, conducted original research on the industry and written extensively about the business of hardware retailing. Jesse has written for more than a dozen of NHPA’s contract publishing titles, all related to the hardware retailing industry. He also was instrumental in developing the Basic Training in Hardware Retailing courses now used by thousands of retailers across the country.
Previous Camping Stove
Next NRHA’s Leadership Program Helps Teams Grow