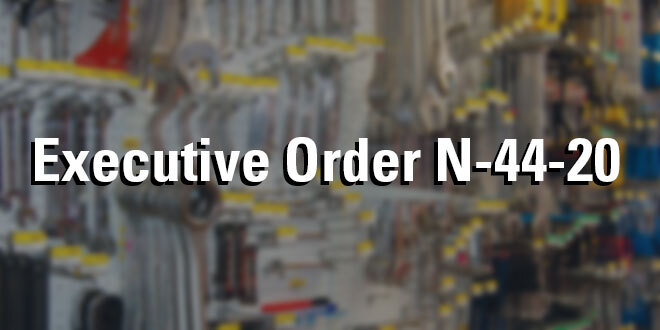 An executive order signed into law by California governor Gavin Newsom in April is causing concern among many independent home improvement operators in the state, who say the law is ambiguous and lowers the margins on thousands of common home improvement items.

Executive order N-44-20 intends to battle price gouging amid COVID-19. Under the order, it is unlawful to increase the price of food items, consumer goods or medical supplies by more than 10 percent of what a seller charged for those supplies on Feb. 4.

If a seller did not sell a particular item on Feb. 4, the price is considered “unconscionably excessive” if it is 50 percent greater than the amount the seller paid for the item or the cost to produce and sell the item.

Matt Rogers, owner of Papenhausen Hardware in San Francisco and co-founder of the California Retail Hardware Association, says the executive order restricts margins on some of his most popular items, putting his business and many others in a difficult position as the pandemic causes retail sales nationwide to plummet.

To stay compliant with the second part of the executive order, which affects items that a retailer did not sell before Feb. 4, retailers must ensure margins are at or below 33.3 percent. Rogers says that is far below a normal margin and directly impedes retailers’ ability to stay viable amid COVID-19 disruptions.

“The order is harming stores that are trying to be compliant,” Rogers says. “These stores are struggling. Owners are paying staff more due to the risk of working during COVID-19, staying compliant with state health and safety protocols, and now they have to lose money. A 33 percent margin doesn’t pay your rent or your salary. The executive order is asking the very stores that have supplied essential goods to their communities to lose money. It’s not right.”

Rogers believes the intent behind the order is sound, but disagrees with how it was written.

“Most people don’t have a perspective on margin and markups, they don’t know what’s normal for a retailer,” he says. “The people who wrote it aren’t from retail. There’s confusion about ‘markup’ and ‘margin.”

Rogers took action by sending an open letter to his state senator and state assembly member, outlining how the executive order negatively affects his and other independent home improvement operations across the state.

He suggests retailers review the executive order and see how it is affecting their operation’s bottom line. Beyond that, he encourages any concerned retailer operating in California to contact their local representatives about executive order N-44-20 and explain how the legislation impacts their independent operation.

“There’s so much going on during COVID-19,” Rogers says. “There are numerous executive orders being issued, and I think the double-checking just isn’t happening at the level it usually does. It’s understandable, but it should be corrected.”

The North American Retail Hardware Association (NRHA) has urged Gov. Newsom to work alongside retailers to arrive at a solution that prevents price gouging, but respects retailers’ need to produce a profit in their operations to continue serving their communities.

Without further clarification on what “consumer goods” are subject to this order and if forced to abide strictly to the above-outlined metric, many honest, hard-working home improvement retailers could be harmed. Conceivably, to abide by the order, they would be forced to lower their margins on a wide range of products below 33.3% when the industry average margin for a hardware store is approximately 40%. These industry-average margins aren’t “gouging,” they are simply what is required to run a store with a modest profit (approximately 3.5%).

Read the letter in full.

Todd is trends editor for Hardware Retailing magazine. He graduated from Indiana University where he majored in journalism and French. Throughout his career, he has aimed to highlight small businesses and their community value. He joined NRHA in 2017.
Previous Next NRHA Town Hall to Focus on Independent Success
Next Pull Saw