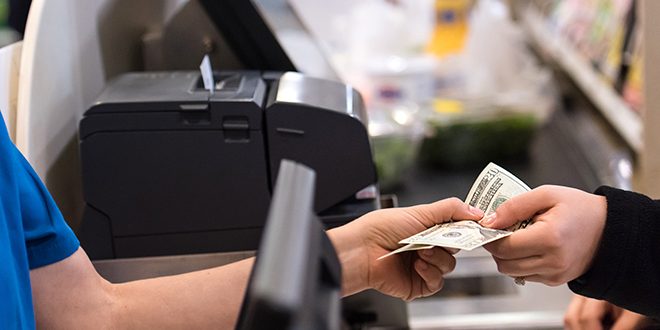 Many retail segments have contracted in recent years, but dollar stores are on the rise. They compete with home improvement businesses in several categories, such as small hardware items, cleaning supplies and other consumables. Neil Saunders, with data analytics company GlobalData, answered questions about why dollar stores represent a major growth segment.

Hardware Retailing (HR): How are dollar stores performing compared to other types of retail?
Neil Saunders (NS): They’re one of the top growing segments in the U.S. market. They’re outperforming retail market growth as a whole, growing at a faster clip than a lot of traditional segments. Dollar General is doing the best. It’s expanding rapidly, has a very solid proposition and is delivering very good growth. If you look at the scale of Dollar General, it has 15,000-plus stores. It’s an enormous operation because you need that scale in order to make the low-margin business work.

HR: Why are they growing so quickly?
NS: For a lot of consumers of all income groups, dollar stores have become a convenient go-to choice for picking up everyday products. A lot of dollar stores are located in rural areas where there isn’t a lot of choice and people would have to drive a fair distance to get to a larger store. Another reason is that consumers, ever since the economic downturn in 2008, are value sensitive. They’re careful about how they spend their money. Dollar stores are very good options for them to get really good value for the money on consumables, household goods and food, as well as some hardware and home improvement products.

HR: Why are consumers so value sensitive, even with a strong economy?
NS: The economy is generally doing very well on the surface. When you look at some of the underlying statistics, many groups of people are doing OK, but they’re not seeing much of an increase in their disposable income. A lot of households are still financially pressured. They’re not necessarily fearing they’ll lose their jobs, but they still have to make choices about where they spend and what they buy. They shop at dollar stores out of necessity because they need to make their money stretch as far as they can. Even consumers who have a lot of disposable income and fairly robust budgets don’t want to waste money. It’s seen as being really savvy to shop carefully and be selective about where you buy, which plays into the hands of the dollar stores.

HR: What are dollar stores doing to compete with larger retailers?
NS: The point of differentiation is where they’re located. Dollar stores have shops in locations that Walmart and other large retailers just couldn’t enter because it wouldn’t make economic sense. The simplicity of the dollar store offer is also important because when you go into a dollar store, everything is low price. It’s really difficult to spend too much there. Because the dollar stores are a very one-dimensional proposition, it’s much more difficult to overspend.

Neil Saunders is managing director of the retail division of GlobalData, which provides data analytics and consultant services internationally. He oversees the development of the company’s retail proposition and research output. He also works with clients to help them understand the retail, shopper and market landscape, advising them on how best to develop, evolve and implement business strategies.

Kate is profiles editor for Hardware Retailing magazine. She reports on news and industry events and writes about retailers' unique contributions to the independent home improvement sector. She graduated from Cedarville University in her home state of Ohio, where she earned a bachelor's degree in English and minored in creative writing. She loves being an aunt, teaching writing to kids, running, reading, farm living and, as Walt Whitman says, traveling the open road, “healthy, free, the world before me.”
Previous Hardware Store Gives Old Structure New Life
Next Market Measure 2019: The Industry’s Annual Report