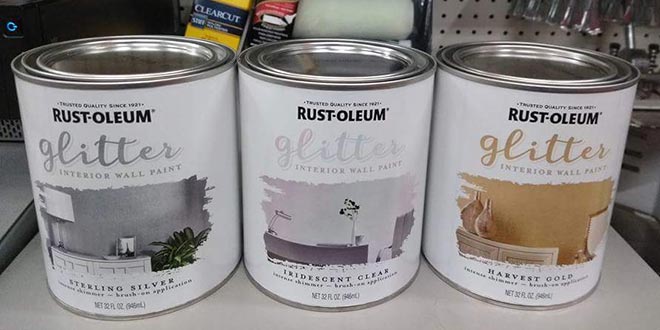 When Triangle True Value Hardware created its Facebook page about five years ago, the team just wanted a way to connect with its loyal customers in Greenwood, South Carolina. Will Thompson, store manager, has been managing the page to keep up the digital relationship with the store’s customers.

Thompson says the business had grown its following to about 800 people, most of whom were from the Greenwood area. He tried to have fun with it and share unique posts on the page a few times a week. Sometimes a post would get a few comments or likes, but Thompson says he never could have imagined getting in front of millions of people around the world—until they had a video that went viral.

“When I went to make a Facebook post, I decided to promote a product to our customers,” Thompson says. “I filmed a 20-second video stirring glitter paint from Rust-Oleum with a paint stick and went about my day. Within an hour, the video had 1,000 shares. I was pretty shocked.”

A little over a week since the video was posted, the store’s glitter paint video has been viewed 1.7 million times, shared by 18,000 people and liked by more than 7,000 people. In addition to the attention the viral video has grabbed, the store went from 800 followers to 35,000 followers, Thompson says.

“I shared the video thinking we could maybe sell a few cans of the paint, and we sold out almost immediately,” he says. “Both Rust-Oleum and True Value have shared our video with their followers as well, getting us even more visibility. The craziest thing about this to me has been all of the messages we’ve received from people all over the country and the world looking to find this paint. We had to just remind them all that other True Value stores sell the product as well.”

While the 15 minutes of viral video fame has been fun, Thompson says they’re just excited to connect with such a wide audience and that they will continue to share posts to the new thousands of followers they have accumulated.

“We’ve been in the local news, even making it to the front page of the newspaper,” Thompson says. “It’s been a fun whirlwind, and it just goes to show how big of an impact social media has. Our team is just enjoying it while it lasts.”

Renee Changnon is the retail outreach coordinator for NRHA. She meets with retailers in their stores and at industry events and introduces them to the services NRHA provides. Renee previously worked as a member of the NRHA communications team. She earned a degree in visual journalism from Illinois State University, where she served as the features editor for the school newspaper. After college, she implemented marketing and promotions initiatives at Jimmy John’s franchise locations across the country. She enjoys exploring books with her book club, Netflix marathons and hosting goat yoga at her apartment complex. Renee Changnon 317-275-9442 rchangnon@nrha.org
Previous Outdoor Cooker
Next Walmart CEO Talks Technology, Training and Embracing Change