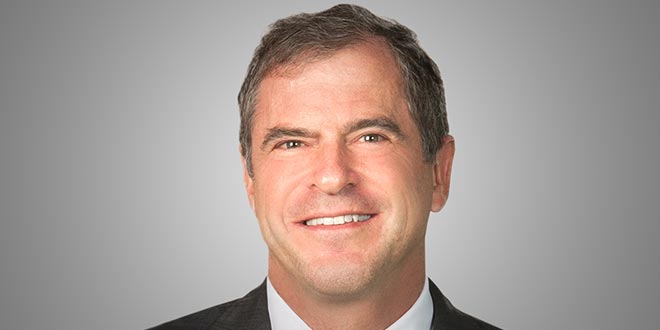 James Loree, Stanley Black & Decker CEO, recently spoke with Fortune magazine about what it takes to define the purpose of an iconic 175-year-old American company.

Loree says he worked with Stanley Black & Decker’s 55,000 employees to define the company’s objectives and see how it fit into the modern-day retail landscape.

“There are people who work within an organization who feel constrained,” Loree says. “What we’ve done is unleash them to their purpose, their team’s purpose, the company’s purpose. And that liberates them and empowers them.”

To modernize the company, Loree says he participated in small group retraining programs and held town hall meetings to speak with employees at every level of the company, often leveraging the power of social media to reach as many employees as possible.

“[That made] a huge difference,” Loree says. “I could literally have conversations with employees around the world 24/7.”

Before joining Stanley Black & Decker, Loree worked at General Electric Co. under Jack Welch, a figure Loree says taught him how important effective management from a company’s leadership is for an entire operation.

“I was 23 when [Welch] became CEO,” Loree says. “He came in and inspired so many people, including me with the very simple constructs he communicated. I felt I was empowered to lead for my entire 19 years at GE.”

“When Jack addressed a group of employees, almost every time he’d start by talking about integrity. That’s stayed with me my entire career and I completely believe it. It’s important because without integrity, really there’s nothing.”

Stanley Black & Decker CEO Loree says changing the status quo of a storied American company was difficult, but empowering employees to take ownership at every level of the company was critical.

“It’s really hard to let go,” Loree says. “Point them in the right direction, give them the North Star, a purpose, and let them go. It’s all about empowering people.”

Todd is trends editor for Hardware Retailing magazine. He graduated from Indiana University where he majored in journalism and French. Throughout his career, he has aimed to highlight small businesses and their community value. He joined NRHA in 2017.
Previous ‘We’re Going After Sears,’ J.C. Penney CEO Says
Next New Programs Highlight United Hardware’s January Buying Market