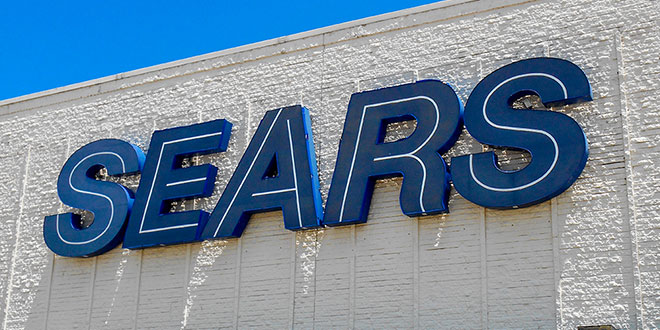 Former CEO Makes $4.6B Bid to Save Sears

ESL Investments, the hedge fund managed by former Sears CEO and current chairman Edward Lampert, has presented a plan to keep the company in business and save about 50,000 jobs, the Chicago Tribune reports.

The bid “includes about 500 Sears and Kmart stores, headquarters and distribution centers, and Sears brands and businesses including Kenmore, DieHard and Sears Home Services,” according to the article.

In a statement, ESL Investments says “… a future for Sears as a going concern is the only way to preserve tens of thousands of jobs and bring continued economic benefits to the many communities across the United States that are touched by Sears and Kmart stores.”

ESL Investments’ $4.6 billion plan “includes up to $950 million in cash that would be funded by a new loan and a $1.8 billion credit bid, in which ESL would swap Sears debt it holds for ownership of a newly formed company. Other financing includes an estimated $1.1. billion from taking on Sears’ obligations to honor Sears Home Services protection agreements, gift cards and loyalty program points,” the Tribune reports.

The plan comes shortly after Sears updated its budget for the rest of 2018 to include lower holiday sales projections. Its new budget forecasts $246 million less during the holiday shopping season, the Tribune reports.

ESL Investments says the offer is contingent on its ability to gather all assets outlined in the bid. According to the article, the hedge fund managers also want assurance that it would be able to “use a credit bid to finance the purchase and would require Sears to release it from any liability related to transactions between the retailer and the hedge fund prior to the bankruptcy filing.”

The article notes other parties interested in acquiring Sears’ assets will have until Dec. 28 to present their own proposals under a timeline previously approved by the bankruptcy court. If other bids emerge, an auction will be held Jan. 14.

If approved, this would be the latest loan Lampert has offered Sears in the past few years. In July 2017, Business Insider reported Lampert had given the company more than $1.6 billion to stay afloat.

In October, the company officially filed for bankruptcy protection and announced plans to close 142 stores. At that time, its total assets were listed in bankruptcy filings as nearly $7 billion and its total debts at more than $11 billion.

Todd is trends editor for Hardware Retailing magazine. He graduated from Indiana University where he majored in journalism and French. Throughout his career, he has aimed to highlight small businesses and their community value. He joined NRHA in 2017.
Previous POS System
Next Stamping Kit