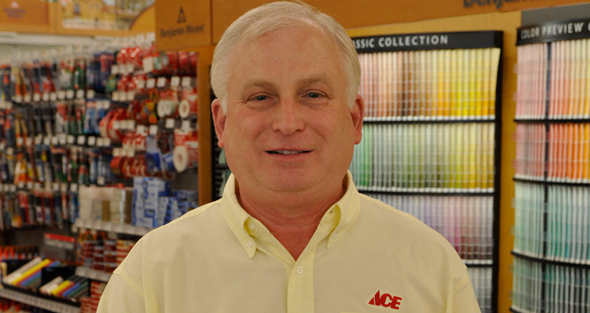 Three decades ago, Central Florida businessman and former North American Retail Hardware Association President Walter Toole purchased the existing Bray Hardware, a fixture in Winter Garden, Fla., since it was established there in 1906. His company, Toole’s Ace Hardware, has since expanded to an eight-store chain of neighborhood hardware stores.

Toole’s Ace also has a tradition of giving back to the Central Florida area. Toole’s Ace continually supports local groups such as Little League teams, The Boy Scouts of America, for which Toole served as Chairman of the Rolling Hills district from 2007 to 2009 and received the esteemed Golden Eagle award in 2012.

Amanda Bell was an assistant editor of Hardware Retailing and NRHA. Amanda regularly visited with home improvement retailers across the country and attended industry events and seminars. She earned a degree in magazine journalism from Ball State University and has received honors for her work for Hardware Retailing from the Association of Marketing and Communication Professionals.
Previous Take Part in PlanItDIY.com’s Yard Makeover Contest
Next 28,000 Retail Jobs Added in June