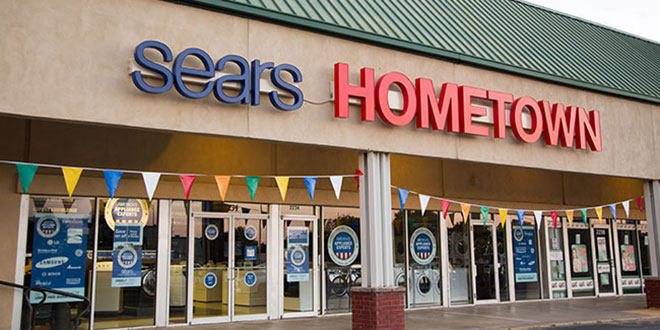 Transform Holdco LLC, a company whose majority owner is ESL Investments, a hedge fund overseen by Lampert, will buy 42 percent of Sears Hometown & Outlet Stores Inc. that the hedge fund doesn’t already own.

In a press release, Sears says uniting these businesses “will accelerate Transform’s strategy of growing its smaller store format by adding Sears Hometown stores.” The deal will also “provide growth for Transform’s marquee brands, including Kenmore and DieHard and increase opportunities for Sears Home Services and Financial Services businesses,” the company says.

Lampert, who is also the chairman of Transform, says the deal brings new possibilities to all parties.

“We are excited to bring Sears Hometown, its associates and network of independent dealers and franchisees back into the Sears and Kmart family. Our investment demonstrates our commitment to growing Transform for the benefit of our members and customers, associates, vendors and communities across the country,” he says.

Lampert clarifies the companies will operate independently, but “enjoy efficiencies of scale by operating under one roof.”

The Hometown stores were spun off from Sears Holdings in 2012, according to the Journal.

In February, a bankruptcy judge approved a $5.2 billion plan for ESL Investments to buy most of Sears’ remaining assets.

The JournaI reports the deal is expected to be finalized in the third quarter of the company’s fiscal year, which ends in early November.

As part of the deal, Sears Hometown can opt to sell its Sears Outlet and Buddy’s Home Furnishing locations, according to the article from The Wall Street Journal.

Todd is trends editor for Hardware Retailing magazine. He graduated from Indiana University where he majored in journalism and French. Throughout his career, he has aimed to highlight small businesses and their community value. He joined NRHA in 2017.
Previous All-Purpose Cleaning Brush
Next Oregon Community Keeps Cowboy Spirit Alive