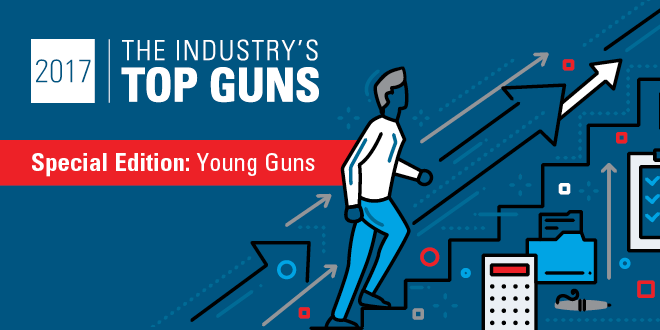 Every year, the North American Retail Hardware Association (NRHA), Hardware Retailing magazine and the National Hardware Show® honor the industry’s leaders in the Top Guns program. To take a new spin on this year’s program, the association and the magazine will be recognizing the independent home improvement industry’s “Young Guns” to demonstrate the vitality of the next generation of progressive independent home improvement retailers.

The four honorees for this year’s Young Guns program are Scott Jerousek of Farm and Home Hardware; Jonathan Miller of Miller Hardware; Diana Newton of Bay Hardware; and Matt Woods of Woods Hardware. These next-generation retailers are all taking unconventional approaches to growth and are seizing untapped market potential in creative ways to grow their businesses.

“Like the industry’s Top Guns, these retailers have a passion for what they do and for serving their customers,” says Scott Wright, executive director of NRHA’s Retail Leadership Institute. “They are also taking advantage of networking and educational opportunities available to them through their association and their buying groups to further their knowledge and business opportunities.” 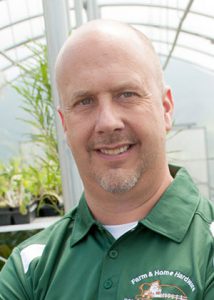 Jerousek bought his store from his father and uncle in 2007, at the start of the recession and housing crisis. Since purchasing the business, he has grown sales from $3.8 million in 2007 to $5.2 million by focusing on driving sales and customer counts in the store’s dominant lawn and garden department. Jerousek utilizes a rewards program to drive store traffic, having amassed 13,000 rewards customers in a community of just 5,000 people. He is currently acquiring a regional competitor to start growing his store count in other small Ohio communities. Jerousek engages in additional training through his wholesaler and his association, attending Do it Best’s Leadership Development Institute in fall 2014 and NRHA’s Retail Management Certification Program in fall 2016. 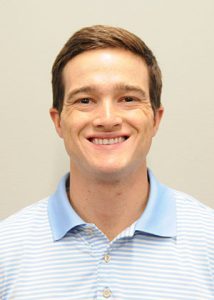 Miller was an NRHA Young Retailer of the Year in 2015 and attended NRHA’s Retail Management Certification Program in fall 2015 on a scholarship provided by the National Hardware Show®. Miller Hardware Co. is made up of three distinct divisions. Whitehead Industrial Hardware serves the industrial market, primarily MRO and the construction trade. Miller Hardware is a core hardware store, and Seasons Garden Center is the company’s retail hardware and garden center location. Representing the fourth generation of the company, Miller has spearheaded online ordering and purchasing at all three locations. He is currently going through the succession of the business with his father, Dutton, and older brother, Richard. 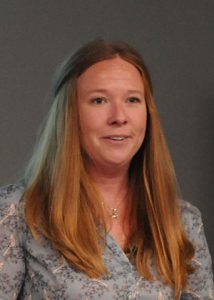 After serving as director of the Huntington Learning Center in Chicago for three years, Diana made a complete career change, returning to the family industry in 2008. Instead of joining the rest of her family at their well-established lumber business, Craftwood Lumber, she worked with her father David Brunjes to spearhead the purchase of a hardware store in Seal Beach, California. Newton then went on to purchase a second store in Lunada Beach, California, in 2013. The 3,000-square-foot Seal Beach location is currently undergoing a complete remodel. Newton has embraced the local community and formerly served as president of the Seal Beach Chamber of Commerce. She attended NRHA’s Retail Management Certification Program in fall 2016 and Do it Best Corp.’s Leadership Development Institute in fall 2014. 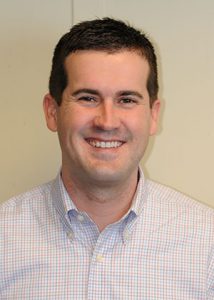 Late last year, Woods moved an existing 1,500-square-foot hardware store and locksmith business in downtown Cincinnati to an 8,000-square-foot location a few blocks away after completing a $1.5 million total renovation of the building. At the same time, an opportunity to purchase an existing four-store hardware operation and internet business presented itself, and Woods spearheaded the acquisition process. Today, Woods and his family own five hardware stores (and the locksmith business, which was relocated to Covington, Kentucky) located throughout downtown Cincinnati. Woods was honored as an NRHA Young Retailer of the Year in 2015, and he attends NRHA’s annual Young Retailer Roundtable.

“These retailers each exemplify innovation at retail in their own unique way,” says Wright. “They are confident in their business strategies and are bucking some trends of their parents and the previous generation and forging their own path to success.”

The Young Guns will gather for a panel discussion at 1 p.m. on Wednesday, May 10, on the NRHA Village Stage. They will talk about their success stories, their take on the current state of the industry and their visions for its future. Attend this program to learn what it takes to be named a Young Gun in today’s competitive retail environment, and discover new ideas and business philosophies to take home to your store.

Renee Changnon is the retail outreach coordinator for NRHA. She meets with retailers in their stores and at industry events and introduces them to the services NRHA provides. Renee previously worked as a member of the NRHA communications team. She earned a degree in visual journalism from Illinois State University, where she served as the features editor for the school newspaper. After college, she implemented marketing and promotions initiatives at Jimmy John’s franchise locations across the country. She enjoys exploring books with her book club, Netflix marathons and hosting goat yoga at her apartment complex. Renee Changnon 317-275-9442 rchangnon@nrha.org
Previous NRHA Announces 2017 Young Retailer of the Year Honorees
Next Bamboo Eco Clothes