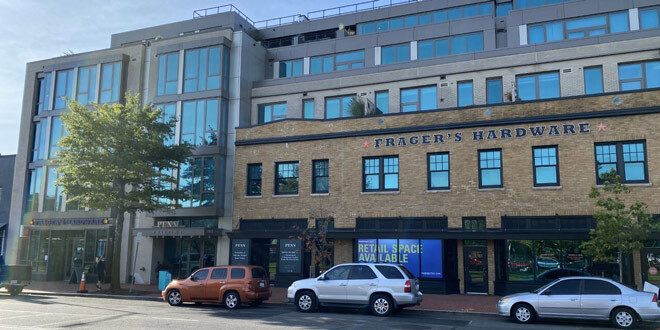 Determined not to let the centennial pass by without recognition, the store staff organized a socially distant celebration, adapting their yearlong calendar of events, fundraisers and festivities into a monthlong celebration in September.

Frager’s is a member of A Few Cool Hardware Stores, a group of 13 locally owned Ace Hardware Cooperative locations in the Washington metro area.

“We felt a responsibility to the community to ensure the store received a proper celebration for their 100th Anniversary,” says Courtney Belew, marketing manager for A Few Cool Hardware Stores. “We couldn’t let the year pass by without finding some way to thank our customers and staff for a century of support and service.”

Instead of hosting in-person parties, the store substituted a virtual celebration, highlighting other local businesses online and fundraising for area nonprofits through customers rounding up their change on purchases.

In partnership with a local blogger, the business shared customer submissions every Saturday detailing their favorite memories at the hardware store, including stories from an original Frager’s family member and reminiscences about a wedding hosted in the store’s garden center in 2013.

The business partnered with a local graphic designer to create a 100 years logo featuring the neighborhood’s most iconic landmarks, including the Frager’s storefront. The image was also used on store signage and employee uniforms in the store, as well as on T-shirts, face masks and tote bags available for sale. 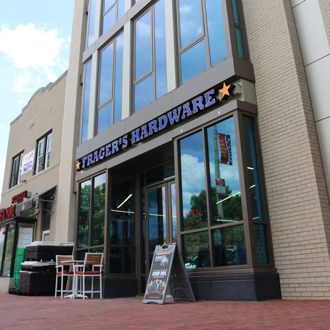 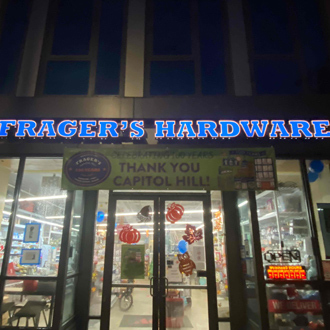 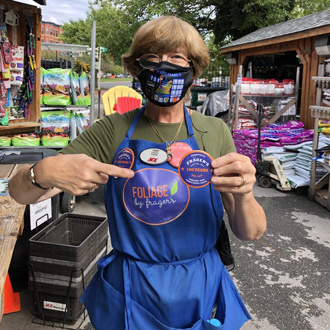 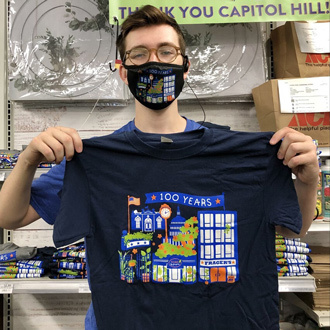 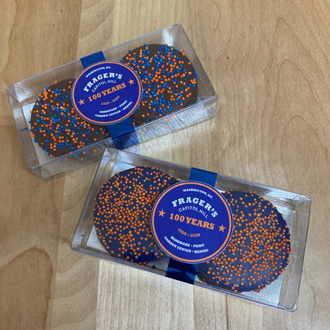 Frager's ordered custom-decorated, chocolate-dipped cookies to give away to customers.
View More 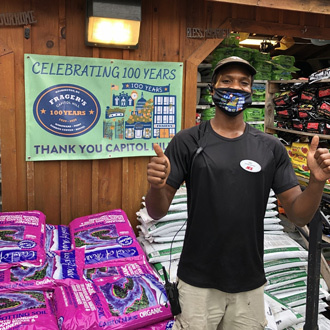 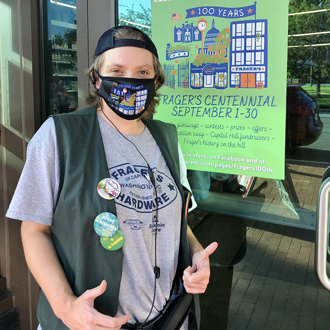 Kate is profiles editor for Hardware Retailing magazine. She reports on news and industry events and writes about retailers' unique contributions to the independent home improvement sector. She graduated from Cedarville University in her home state of Ohio, where she earned a bachelor's degree in English and minored in creative writing. She loves being an aunt, teaching writing to kids, running, reading, farm living and, as Walt Whitman says, traveling the open road, “healthy, free, the world before me.”
Previous Channellock Completes Historic Plant Expansion
Next Lowe’s Records $22.3B in Q3 2020 Sales