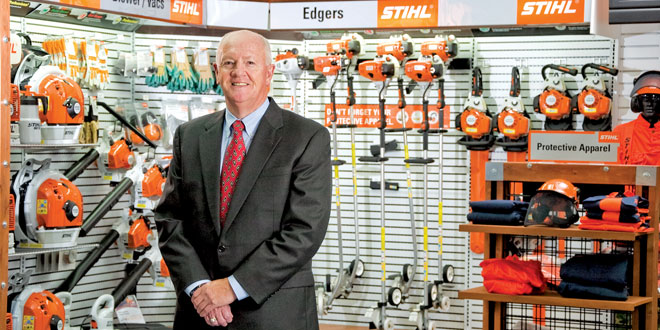 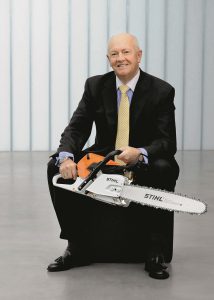 Fred Whyte, power tool icon and former president of STIHL Inc., died on July 7 surrounded by family and friends at his Virginia Beach, Virginia, home. The “Man of STIHL” was 70 years old.

Originally from Vancouver, British Columbia, Whyte began his career as a regional manager for STIHL American. When he was 34, he led the company’s international expansion into Canada. In 1992, Whyte was named president of STIHL.

During his time as president, Whyte helped grow STIHL into the best-selling brand of gas-powered handheld power equipment in America. He retired in 2015 after more than 45 years of service, including 23 years as the company’s president.

Bjoern Fischer, current president of STIHL, says Whyte was a great man and that the company is “forever grateful for his leadership.”

Whyte was also a member of several organizations, serving as chairman of the board of directors for the Outdoor Power Equipment Institute and president of the Portable Power Equipment Manufacturers Association. He garnered industry acclamation throughout his career, including the Frank Armstrong III Service Award for his contributions to Virginia’s manufacturing industry. He also was a member of the board of directors of the Children’s Hospital of the King’s Daughters Children’s Health Foundation.

“I often say history is a great business teacher,” Whyte said after retiring. “And after working for more than four decades in this industry, I can confirm that substance wins out over style, every time.”

Whyte will be remembered as an avid sports fan, someone who loved spending time outdoors and a fine bagpipe player. He is survived by his wife Karen, their two children Jean and John (wife Stacy), and their twin granddaughters, Klarise and Isla.

Todd is trends editor for Hardware Retailing magazine. He graduated from Indiana University where he majored in journalism and French. Throughout his career, he has aimed to highlight small businesses and their community value. He joined NRHA in 2017.
Previous Sensor Toilet Flush System
Next Hardware Store Home to Archery Range