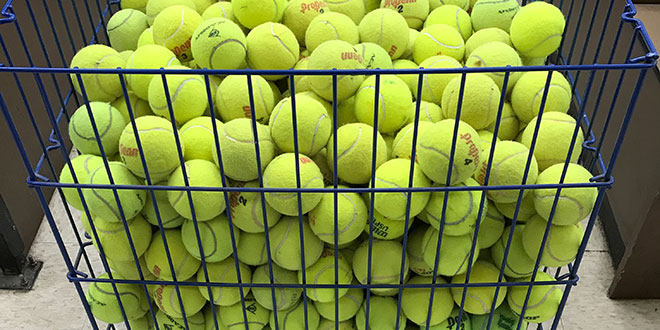 Staff members at O’Connor True Value Hardware in Billerica, Massachusetts, were looking for a new way to engage with customers through Facebook when another local business, a butcher, got a big boost to its social media engagement with a contest. The butcher offered a free prize to the 140th person who liked a post.

Geoff Capra, a sales associate at O’Connor True Value, thought that was a good start to an online campaign, but there was more that could grow the store’s social media presence and entertain customers.

The first contest centered around the Super Bowl, in which the local favorite New England Patriots were playing. Capra asked followers to guess how many yards Patriots quarterback Tom Brady would throw in the game. The person who guessed the closest, liked, shared and commented on the post would receive a gift card to the hardware store.

“It really covered all the bases with the way people share posts on Facebook,” Capra says. “By engaging with likes, shares and comments, it involves the customer more and makes sure their friends also see the contest and the store.”

The Super Bowl post garnered around 1,000 likes, prompting the staff to come up with another contest. The business shared a photo of a bin full of tennis balls and asked followers to guess how many were in the bin. That post garnered 3,000 likes, and with a boost through Facebook’s advertising program, over 175,000 people saw the post.

Capra and O’Connor True Value Hardware have posted three contests so far. At Easter, they asked followers to guess how many jelly beans were in a container for a chance to win a Yeti-brand thermos.

“Some people don’t get excited about a gift card, but you put something like a Yeti in as the prize, and that could really spark their interest,” Capra says. “We really like how engaged we’ve gotten with customers through these contests, but we are trying to keep them spaced out with a few months in between. We want to keep it special.”

Due to the success of the contests, Capra is looking forward to learning more about internet marketing and how it can help the business.

“There are some classes my manager and I have been looking into. There are so many platforms we can use, and I’m excited to see what other ways we can get the word out about the store,” Capra says.

Chad is an assistant editor for Hardware Retailing magazine. A Purdue University graduate, Chad has covered sports and news at the high school, college and Olympic levels as a sports writer, editor and designer for multiple newspapers. Prior to joining the NRHA, he was the sports editor for the Herald Journal in Monticello, Indiana, and a designer and copy editor for the AIM Media Indiana group in Columbus, Indiana. When not cultivating his beard, he enjoys backpacking, cooking, traveling and watching too much sports and Netflix.
Previous Mold Detector
Next Deicing Agent