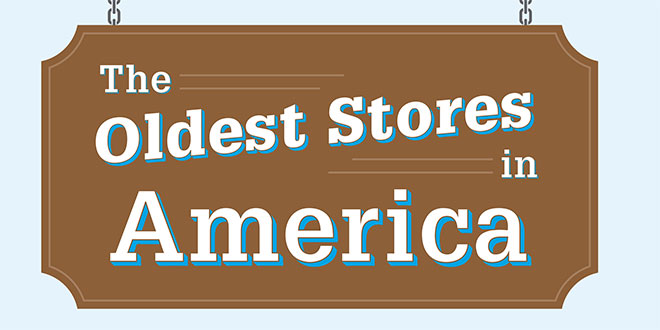 Guiding Businesses Through the Centuries 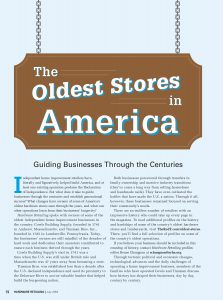 Independent home improvement retailers have, literally and figuratively, helped build America, and at least one existing operation predates the Declaration of Independence. But what does it take to guide businesses through the centuries and establish generational success? What changes have owners of some of America’s oldest hardware stores seen through the years, and what can other operations learn from their businesses’ longevity?

Hardware Retailing spoke with owners of some of the oldest independent home improvement businesses in the country: Cowls Building Supply, founded in 1741 in Amherst, Massachusetts, and Tinsman Bros. Inc., founded in 1785 in Lumberville, Pennsylvania. Today, the businesses’ owners are still mindful of the decades of hard work and dedication their ancestors contributed to ensure each business thrived through the years.

Cowls Building Supply’s start in 1741 was a time when the U.S. was still under British rule and Massachusetts was 47 years away from becoming a state.

Tinsman Bros. was established less than a decade after the U.S. declared independence and used its proximity to the Delaware River to accrue valuable lumber that helped build the burgeoning nation.

Both businesses persevered through transfers in family ownership and massive industry transitions (they’ve come a long way from selling horseshoes and handmade nails). They have even outlasted the battles that have made the U.S. a nation. Through it all, however, these businesses remained focused on serving their community’s needs.

If you believe your business should be included in this roundup of history, contact Hardware Retailing profiles editor Renee Changnon at rchangnon@nrha.org.

Through tectonic political and economic changes, technological advances and the daily challenges of operating a home improvement business, members of the families who have operated Cowls and Tinsman discuss how history has shaped their businesses, day by day, century by century.

In 1741, before the American colonies became the United States, Jonathan and Hannah Cowls acquired a home farm and some timberland in an area now known as Amherst, Massachusetts. In 1768, their son David Cowls built the home farmhouse that every generation has lived in ever since. It has served as Cowls’ corporate headquarters for nine generations.

Today, W.D. Cowls Inc., a real estate and timber company and Cowls Building Supply, its lumber and building materials subsidiary continue to be led by Cowls’ descendants. Cinda Jones and her brother Evan Jones are the ninth generation at the helm. While they share ownership of both companies, Cinda is the president of W.D. Cowls and Evan is the president of Cowls Building Supply. 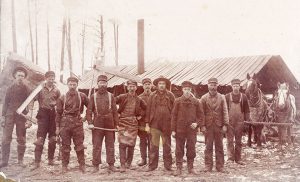 Helping Build a New World
Although the family is celebrating 277 years at the same location, Evan says they are able to trace their family roots back to the early 1600s when John Cole (Cowls) left England.

By the 1800s, the farm grew into a dairy operation and a forest management, lumber manufacturing and selling operation. Portable sawmills were taken into the woods to mill lumber.

Walter Dickinson (W.D.) Cowls drove the business to even more prosperity in early 1900s, and the company was named for him when the business was incorporated in the 1950s.

Throughout the 1900s, Cowls was the largest individual lumber dealer in western Massachusetts. W.D. and his wife Etta had one child, Sarah Etta Cowls, who married Gerald Denison Jones. The last name of the Cowls family has been Jones ever since. 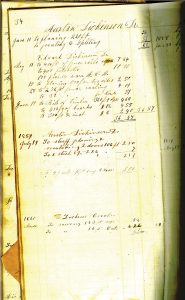 In the 1940s, Walter C. Jones developed a log concentration yard, sawmill and planing mill. He is credited with building the first electric sawmill, perhaps in the country, Cinda says.

Walter married Sarah Hartman, and they had three children who grew up working on the farm. Their son Paul C. Jones was the eighth generation to work in the business, where he continued the sawmill and tree farm operation, and built Cowls retail store.

“My father opened Cowls Building Supply, expanding on the wholesale lumberyard and sawmill business the company had been running for generations,” Evan says. “It is touted as the first full-service lumberyard or hardware store in the country to open fully computerized. The mainframe cost $60,000 in 1979 and had limited memory.”

“It must have been a hard day when generations had to discontinue different ventures, like selling the dairy cows or in our case, closing the sawmill,” Evan says. “But imagine if they had not. Opportunity for progress would be lost. Businesses that don’t change with the times don’t last nine generations.” 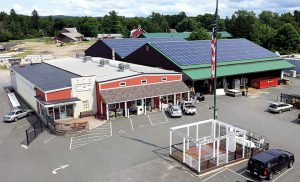 Respecting the Past, Embracing the Future
Having a family business that dates back nearly 300 years is something Evan says he is extremely proud of, yet it can also be overwhelming.

“It’s both an honor and a lot of pressure to be one of the oldest lumber dealers in the country,” he says. “Each generation has realigned the business model to suit their interests and strengths, as well as the market. I hope the next generation can do that as well.”

On school vacations and in the summer, Evan’s three children ages 12, 14 and 16 years old help out at Cowls Building Supply, giving the 10th generation a taste of the family business.

Cowls Building Supply currently employs 35 people, several of whom have been with the company for decades.

“Our store manager has been here 38 years,” Evan says. “He started working here right out of college stacking lumber in our sawmill and then worked his way up the ranks in the store.”

As the centuries-old business grew, Evan says they have strived to be modern and ahead of their time.

“We have a great web presence, and we exist alongside the big boxes just fine,” he says.

Evan says focusing on high-quality materials and  employees has been key, in addition to expanding and growing in manageable, calculated steps. In the next few years, the main goal is to continue to grow their customer base, since customers are getting older and retiring.

One of the biggest challenges the business has faced over the years is finding and retaining the right sales staff, Evan says.

A 330-year-old chestnut tree grows outside Bill Tinsman’s office. Tinsman is president and co-owner of Tinsman Bros. in Lumberville, Pennsylvania, a business established in 1785. The tree is a daily reminder of the patience and fortitude it takes to keep the business successful across generations.

“Everyone at Tinsman Bros. knows how special the business is and what its taken to keep it thriving throughout the decades,” he says. 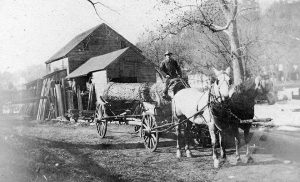 A Revolutionary Start
As the Revolutionary War drew to a close in 1783, U.S. Col. George Wall settled land in eastern Pennsylvania, calling the settlement Wall’s Landing. Located right on the banks of the Delaware River, its settlers had direct access to the river’s lucrative natural resources and trade routes.

Wall established himself as a leader and businessman in the area. The retired colonel opened two sawmills, and Wall’s Landing quickly became a destination for brokers to bid on lumber that floated down from the Lehigh and Upper Delaware rivers.

In 1869, Tinsman’s great-great grandfather, William Tinsman, purchased the business and it has remained in the Tinsman family ever since.

After 233 years of continuous operation, it is still thriving in what is now known as Lumberville, Pennsylvania. Brothers Bill and Tom Tinsman are fifth-generation co-owners and both men are committed to strengthening the business and preparing it for the future. 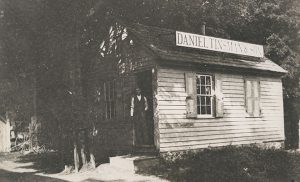 Persevering Through the Past
Tinsman’s father and uncle both fought in World War II, flying aircraft throughout the European Theater. While they were serving the country, their father oversaw the business, keeping it stable, even as the world plunged into international conflict.

Eventually, both men came home to Lumberville safely, able to return to Tinsman Bros. and prepare the business for the decades ahead.

“I don’t think there was anything more impactful for the business since the Great Depression than World War II,” Tinsman says. “When my father and uncle came home, it was quite a celebration for the entire family.”

Though the business had relied on it since its earliest days, proximity to the Delaware River has been a double-edged sword through the years, Tinsman says.

“We’ve faced many trials and tribulations from the Delaware River. In 1955, we had a flood of record in our area. Our buildings were totally flooded; we lost products and were basically devastated,” Tinsman says.

After the historic flood, Tinsman’s father decided to move the company to nearby higher ground. The original location of Tinsman Bros. was subsequently used for storage and as an art studio.

Embracing Modern Challenges
Though the business is more than 200 years old, it’s not immune to modern challenges like e-commerce and big-box competition, Tinsman says.

“Big-box competition is huge, but that’s nothing new,” he says. “Fortunately at Tinsman Bros., we focus on the quality of our materials and the level of service we provide to back it up.”

Today, the lumberyard provides western red cedar, cypress and Douglas fir lumber. In addition, it also offers a selection of both domestic and internationally made tools to distinguish itself from big boxes.

Tinsman is proud of the company’s website and Facebook page, which he says create many sales leads for his team. He regularly uses the company’s reputation as one of the oldest lumberyards in the country in marketing materials to remind shoppers that the business has called Lumberville home for two full centuries.

Planning for the Future
Tinsman says retailers who want their own businesses to reach 233 years of operation should truly invest in their communities.

“We’ve all been involved in the greater Lumberville community,” he says. “My brother is a volunteer firefighter and I was an elected official for many years. I think it comes down to community pride, that’s what it takes to keep a business going.”

This year, Bill and Tom celebrate 30 years of running the company as president and vice president, respectively. Tinsman says they both feel lucky to work side by side with their sons each day, teaching them the lessons they learned from their own father and the businessmen who came before him.

In the years ahead, Bill and his brother plan to transfer ownership of Tinsman Bros. to their sons, who will be the sixth generation of Tinsmans to run the company. Tinsman says he hopes the two cousins draw on the centuries of hard work and dedication previous owners have given to the business to keep it viable in the years ahead.

Tinsman says it’s difficult to describe how it feels to run a business that dates back to the 18th century.

“We know how special the business is and what it’s taken to keep it going for so many years,” he says. “We’re truly blessed.” 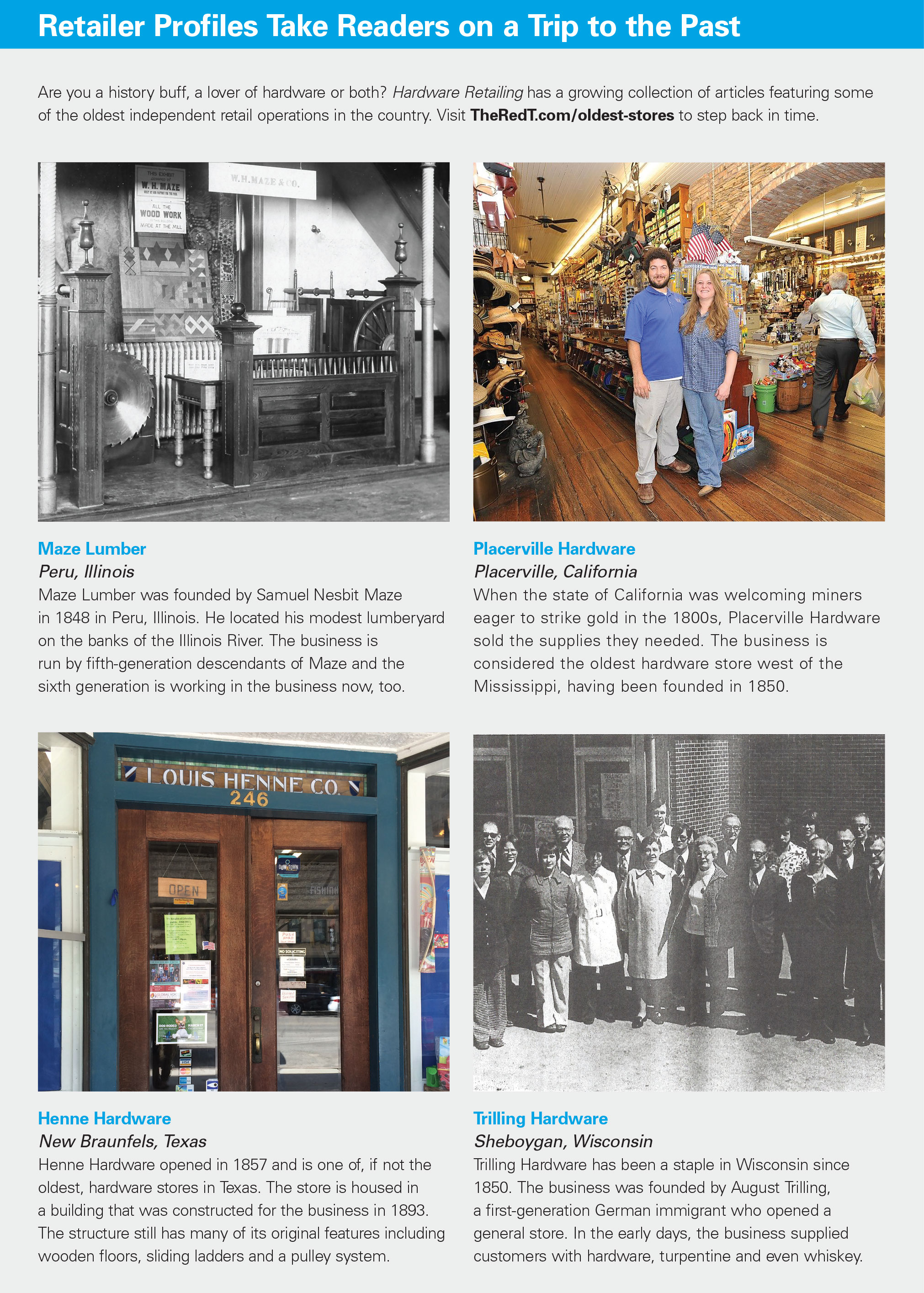 Todd is trends editor for Hardware Retailing magazine. He graduated from Indiana University where he majored in journalism and French. Throughout his career, he has aimed to highlight small businesses and their community value. He joined NRHA in 2017.
Previous Pool Safety Kit
Next More Than 160 Years of History at Henne Hardware 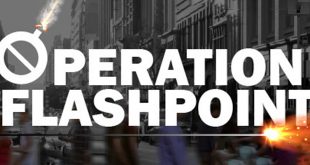