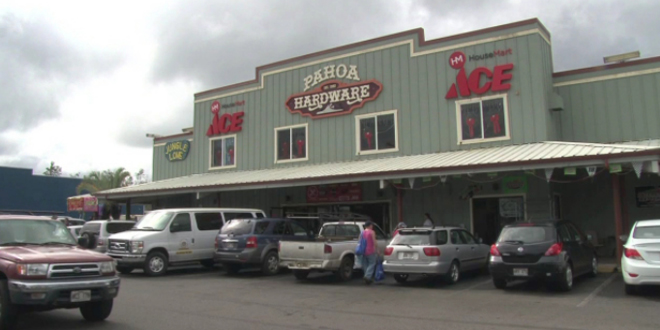 A Hawaiian hardware store, which closed due to the threat of flowing lava, is scheduled to reopen Feb. 1.

Employees from HouseMart Pahoa Ace Hardware closed the store in December, and evacuated as lava flowed in the direction of the shopping center where it is located. Pahoa Ace, which is located on Hawaii’s big island, sent employees to work at other Hawaiian Ace stores for their safety, according to a press release.

More than a month later, the lava hasn’t advanced significantly toward the shopping center and the store is reopening for business. The flow is widening, but not moving forward quickly, according to reports from the U.S. Geological Survey.

“Our main goal is to return and continue servicing the Pahoa community which has been so supportive and gracious to us since we opened in 2011,” HouseMart’s chief operations officer Cory Chagami states in a press release. “We feel a deep obligation to this community and look forward to serving the people here. Our employees, who accepted positions at our other locations, will return.”

HouseMart, which owns Pahoa Ace, is a family-owned business headquartered in Honolulu. The company operates 24 Ace Hardware stores in Hawaii, Washington, Oregon and Nevada under the HouseMart brand.

To read the the press release about the Pahoa Ace store’s reopening, click here. View regularly updated reports on the flow here.

To watch a December video that includes an interview with Pahoa Ace store manager Don Adkins about the evacuation, as well as news footage of the smoking lava flow, click here.

Kate is profiles editor for Hardware Retailing magazine. She reports on news and industry events and writes about retailers' unique contributions to the independent home improvement sector. She graduated from Cedarville University in her home state of Ohio, where she earned a bachelor's degree in English and minored in creative writing. She loves being an aunt, teaching writing to kids, running, reading, farm living and, as Walt Whitman says, traveling the open road, “healthy, free, the world before me.”
Previous Worldwide Demand Growing for Power Tools
Next NRHA’s Retailer Research Panel