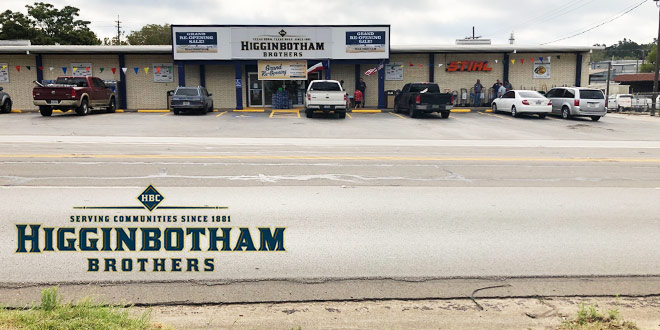 To celebrate the reopening of the store under the Higginbotham Brothers banner, the team from the Mineola, Texas, location hosted a two-day event  that included special deals on products, prizes for attendees and a chance for new team members to meet customers personally.

In addition to the grand reopening of its latest store, Higginbotham Brothers is also celebrating the appointment of a trio of new managers.

Looking to build your team? Get five quick tips to hire five-star employees.

Higginbotham Brothers dates back to 1881 when the company opened its first general mercantile store in Texas. The company now operates 39 locations.

Todd is trends editor for Hardware Retailing magazine. He graduated from Indiana University where he majored in journalism and French. Throughout his career, he has aimed to highlight small businesses and their community value. He joined NRHA in 2017.
Previous Fertilizer
Next Deerskin Gloves