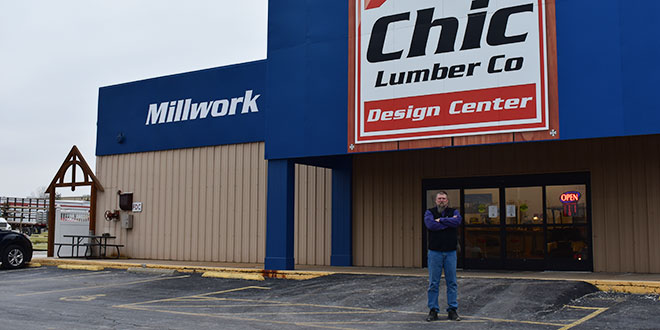 Hit the Road With Renee: Family and Community Unite in St. Louis

After wrapping up Day 3 in Memphis, our team had already met many inspiring small business owners through the Great American Red, White and Q Road Trip, but we were eager to see what St. Louis would have to offer in both barbecue and independent businesses.

We spent four hours in the car before arriving in St. Louis just in time for our interview with John Matthews, co-owner of Pappy’s Smokehouse. Matthews shared the story of how he went from competing in barbecue competitions to deciding to take his passion and pursue it as a career by opening a barbecue restaurant.

The shop was packed, and Matthews was gracious enough to have his team put together a spread of the most popular items on the menu, from the delicious sweet potato fries and fried corn on the cob to their famous ribs, which were named the best ribs in America by the Food Network.

After lunch, we interviewed Missy Kelley, president and CEO of Downtown STL, Inc., an organization that serves as a catalyst for creating and promoting a downtown that attracts investment, economic activity and vibrancy in St. Louis.

“In St. Louis and many cities, the downtown is our economic engine for the entire area,” says Kelley. “By supporting our downtown, we are supporting our overall economy. In doing that, you’re continuing your own experience with culture, which in our case includes independent businesses and restaurants you won’t find anywhere else because they’re local to St. Louis.”

Our next stop in St. Louis was at Flanagan Paint & Supply in Creve Coeur, Missouri, where we met owner Jim Donnelly. He spoke about how he entered into the operation in 2006, which he now runs with his son Jay. They have two locations in the St. Louis area.

“I enjoy the fact that my customers have become my friends,” Donnelly says. “I always said our business is making friends in service and honesty and if we do that, we’ll do fine.”

While some people question if the big-box stores are a big competitor for Flanagan Paint & Supply, Donnelly says they have actually had the opposite effect and helped bring new customers through his operation’s doors.

“The box stores have led to our best customers because we help fix their mistakes,” Donnelly says. “You never know who is waiting on you in a box store. From our experience, my team and I get to be there to help our customers and become a place for them to come they trust.”

Our last stop of the day was at Chic Lumber Co., an operation that has been serving St. Louis and surrounding communities for more than 40 years. While there, we met president Adam Hendrix, who spoke about the independent home improvement business and his team’s passion for giving back to the community.

“My favorite part of operating our business is the family atmosphere we have,” Hendrix says. “We have 61 employees here and we have 23 family members, not my family, but family related to other employees, like fathers and sons or brothers and sisters.”

According to Hendrix, Chic Lumber Co. is driven to help support the local community.

“We have many things we do to support our community members,” Hendrix says. “For example, we offer a conference center that’s free to use for anyone in town, whether its the church group or any other type of organization. All they have to do is reach out and get their name on our calendar and they’re welcome to use our space.”

In addition to providing a free conference room, the Chic Lumber Co. team has also been very involved with the St. Jude Home the past six years.

“We live here and so do our family and employees, so it’s important for us to be a staple in the community,” Hendrix says.

After wrapping up our interviews, we made our way to the Moonrise Hotel, a unique independent hotel that opened in 2009 and has a fun outer space theme coupled with a quirky, modern design. Located in a bustling area of St. Louis called The Loop, it is in easy walking distance to several restaurants, cafes and independent businesses, including clothing boutiques and bookstores.

We walked down to Blueberry Hill Restaurant & Music Club for dinner to relax and talk about all the amazing places we visited while in town. Plus, I got the fun opportunity to see family while on the road as well. Knowing we had to leave early the next morning for the next stop on the road trip, our group enjoyed dinner and went back to the hotel early to be fully rested and ready to take on the last day of our road trip to Kansas City, Missouri.

Renee Changnon is the retail outreach coordinator for NRHA. She meets with retailers in their stores and at industry events and introduces them to the services NRHA provides. Renee previously worked as a member of the NRHA communications team. She earned a degree in visual journalism from Illinois State University, where she served as the features editor for the school newspaper. After college, she implemented marketing and promotions initiatives at Jimmy John’s franchise locations across the country. She enjoys exploring books with her book club, Netflix marathons and hosting goat yoga at her apartment complex. Renee Changnon 317-275-9442 rchangnon@nrha.org
Previous Hit the Road With Renee: Memphis Independents Embrace Growth
Next NFIB Small Business Day Empowers Business Owners