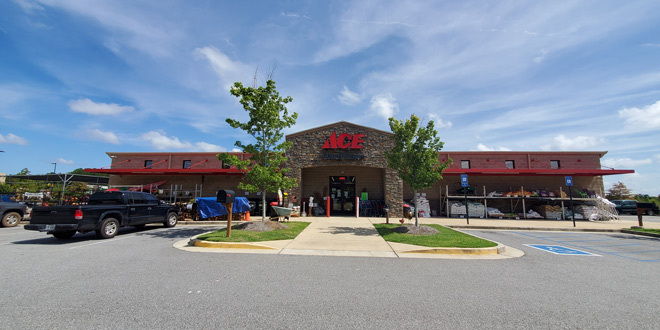 Gary Johnson of Home Ace Hardware sees many reasons why his business has thrived over the past 34 years and continues to grow in Columbus, Georgia.

Those reasons include working closely with customers to understand their wants and needs, retaining quality employees, finding creative ways to boost store traffic and investing in his community.

Johnson initially bought into the business in 1986, putting down $200 in cash and buckling down for some hard work. He left a corporate career with a hardware distributor to put down roots in an industry he already knew from the wholesale side.

At the time, he was buying a 1,200-square-foot hardware store in Columbus, Georgia, with $75,000 in yearly sales. Johnson’s wife Paula got a separate job teaching to help them pay their bills.

Johnson kept the prior owner on staff because he wanted to work in the store instead of running the operation. He enjoyed serving customers, but he was financially comfortable and didn’t need to expand the business.

However, Johnson wanted the business to grow.  He needed the operation to pay for itself and support his family. His approach to growth was to get to know customers, ask them what they wanted the store to carry and experiment with bringing in products the store had never sold.

“That is the most important thing you can do,” Johnson says. “Listen to the people who do business with you.”

Listening to customers meant expanding the range of products the original store sold. Then he moved the store so it could keep getting bigger. In 1991, he built a new 8,000-square-foot building.

Johnson brought in new products, such as peanuts they roast in the store, fresh pecans, pine straw, outdoor power equipment and live vegetable plants. Each has become a profitable niche for Home Ace Hardware. Bulk pecans now bring in $200,000 in sales per year, pine straw has become a 40,000-bale niche and outdoor power equipment produces more than $1 million in annual sales.

A spring initiative the store started was an experiment that is now a tradition. The Johnsons order 18,000 tomato plants and sell them for 19 cents each. The plants sell out in four days, providing a significant boost to in-store traffic.

And the Johnsons are cemented in their community. They are active civically, sponsoring visiting allied military personnel from other countries who come from all over the world to Fort Benning, Georgia, to study for six months at a captain’s course with U.S. Army captains. They also hire at-risk teens from the city for the store staff to train and mentor.

Community members are appreciative and shoppers are loyal.

“When we opened the second store, I can’t tell you the number of people who came to us saying, ‘I’m so glad you’re here. Thank you for putting your store here,'” Johnson says. “These are not only my customers; these are my friends.”

Now, the original 1,200-square-foot store is a distant memory. Johnson and his son Seth currently operate two Home Ace Hardware stores in Columbus that are more than 20,000 square feet in size. They hope to add a third location within the next few years. Together, the two existing stores bring in $6 million in sales.

Bringing footsteps into the store has been their main goal for growth because sales volume follows footsteps, Johnson says.

“When I first arrived, customers bought into the concept of us being here and they have helped us stay here,” he says. “They come to us first before shopping anywhere else.”

Kate is profiles editor for Hardware Retailing magazine. She reports on news and industry events and writes about retailers' unique contributions to the independent home improvement sector. She graduated from Cedarville University in her home state of Ohio, where she earned a bachelor's degree in English and minored in creative writing. She loves being an aunt, teaching writing to kids, running, reading, farm living and, as Walt Whitman says, traveling the open road, “healthy, free, the world before me.”
Previous Deep Cut Hole Saw
Next Tool Bag