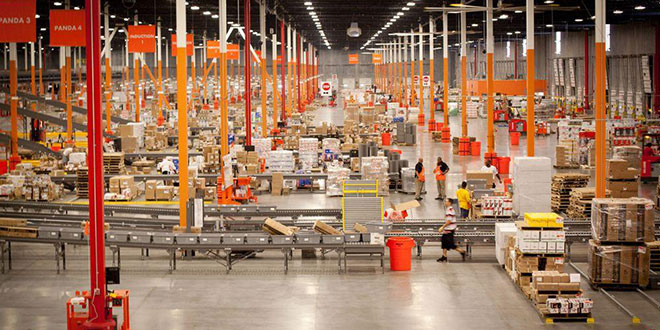 The Atlanta newspaper, which is located near Home Depot’s headquarters, interviewed company CEO Craig Menear about the retailer’s plans for growth.

Rather than focusing on expanding with new stores, the company will open approximately 170 warehouse and distribution facilities throughout the U.S., Menear tells the Journal-Constitution.

The retailer is also working on further integrating its online and in-store shopping experiences, “adding lockers so that shoppers can pick up online orders,” the newspaper article reports.

“About 45 percent of the orders placed on HomeDepot.com are actually picked up in stores,” Menear says in the article. “And of those 45 percent who come into the stores, more than 20 percent make additional purchases.”

The home improvement retailer operates 2,285 retail stores in all 50 U.S. states, the District of Columbia, Puerto Rico, the U.S. Virgin Islands, Guam, 10 Canadian provinces and Mexico. The company has more than 400,000 employees.

Kate is profiles editor for Hardware Retailing magazine. She reports on news and industry events and writes about retailers' unique contributions to the independent home improvement sector. She graduated from Cedarville University in her home state of Ohio, where she earned a bachelor's degree in English and minored in creative writing. She loves being an aunt, teaching writing to kids, running, reading, farm living and, as Walt Whitman says, traveling the open road, “healthy, free, the world before me.”
Previous Hardware Retailing Digital Edition – June 2018
Next Sears to Close 63 Stores; CEO Seeks Financial Partners