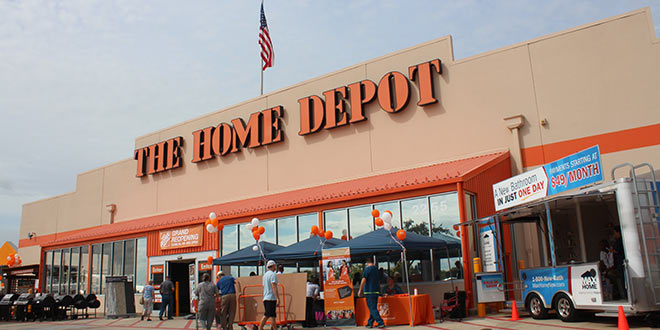 The Home Depot has announced first-quarter 2019 sales of $26.4 billion, for a 5.7 percent sales increase above the same period in 2018, the company reports.

Home Depot says comparable store sales in the U.S. for the quarter were up 3 percent. The company also achieved net earnings of $2.5 billion during the quarter.

“We were pleased with the underlying performance of the core business despite unfavorable weather in February and significant deflation in lumber prices compared to a year ago,” says Craig Menear, chairman, CEO and president.

The company also reported digital momentum. Home Depot says approximately 54 percent of online orders were picked up in its stores, and online sales in general grew by 23 percent.

For more information on Home Depot’s founding, operations and finances, check out Hardware Retailing’s 360-degree view of the company from the May issue.

Todd is trends editor for Hardware Retailing magazine. He graduated from Indiana University where he majored in journalism and French. Throughout his career, he has aimed to highlight small businesses and their community value. He joined NRHA in 2017.
Previous Decorative Light Aid
Next Exploring Big-Box Q1 2019 Financial Results