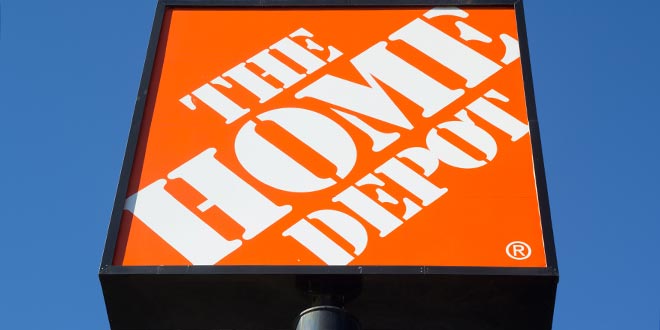 The Home Depot’s sales and and net earnings rose in the last quarter of 2017, as well as during the full fiscal year.

Tax changes due to the Tax Cuts and Jobs Act of 2017 produced net tax expenses of about $150 million for the company, decreasing the company’s net earnings, according to Home Depot. However, the company’s financial performance was still excellent, according to Craig Menear, chairman, CEO and president.

“Our ongoing commitment to enhance the interconnected retail experience for our customers, provide localized and innovative product, and deliver best in class productivity resulted in record sales and net earnings for 2017,” Menear says.

Comparable store sales were also up for Home Depot. U.S. store sales increased 7.2 percent in the fourth quarter and 6.9 percent for the year.

Kate is profiles editor for Hardware Retailing magazine. She reports on news and industry events and writes about retailers' unique contributions to the independent home improvement sector. She graduated from Cedarville University in her home state of Ohio, where she earned a bachelor's degree in English and minored in creative writing. She loves being an aunt, teaching writing to kids, running, reading, farm living and, as Walt Whitman says, traveling the open road, “healthy, free, the world before me.”
Previous Focus On These 2 Social Media Tactics
Next Adjustable Universal Hook