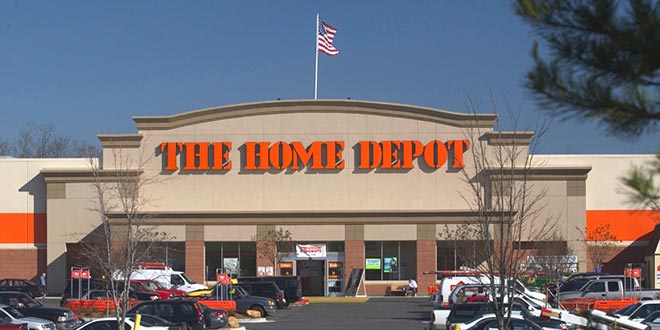 The Home Depot today reported fourth-quarter and overall fiscal 2015 sales growth, crediting a recovering housing market among the reasons for the increases.

Comparable store sales for the fourth quarter were up 7.1 percent, and comparable sales for U.S. stores were positive 8.9 percent.

“Our focus on improving the interconnected customer experience, along with solid execution and continued recovery in the U.S. housing market, resulted in record sales and net earnings for 2015,” Craig Menear, chairman, CEO and president, says. “I’d like to thank our associates for their hard work and dedication to our customers.”

At the end of the fourth quarter, Home Depot operated a total of 2,274 retail stores in all 50 states, the District of Columbia, Puerto Rico, U.S. Virgin Islands, Guam, 10 Canadian provinces and Mexico.

Kate is profiles editor for Hardware Retailing magazine. She reports on news and industry events and writes about retailers' unique contributions to the independent home improvement sector. She graduated from Cedarville University in her home state of Ohio, where she earned a bachelor's degree in English and minored in creative writing. She loves being an aunt, teaching writing to kids, running, reading, farm living and, as Walt Whitman says, traveling the open road, “healthy, free, the world before me.”
Previous True Value Spring Reunion Promotes Momentum
Next Work Socks