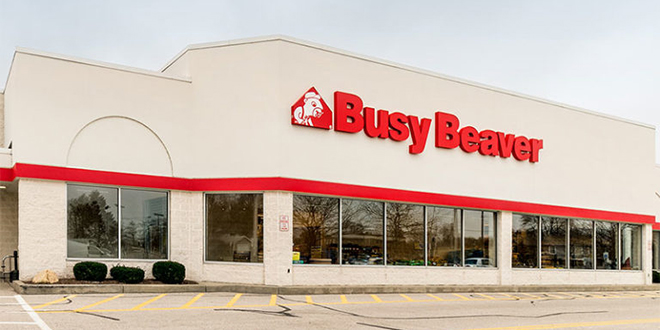 Pittsburgh-based home improvement retailer Busy Beaver has announced plans to open five new locations in 2018, the company reports in a press release. These new stores will be in addition to the 18 locations in Pennsylvania, Ohio and West Virginia that the retailer currently operates.

The Grove City location is set to be the company’s largest store, coming in at roughly 50,000 square feet, about 15,000 square feet larger than the average Busy Beaver store. This location will employ around 20 full-time employees and 10 to 15 part-time employees. It will also house an expanded seasonal department, an indoor lumberyard, farm and ranch equipment as well as a designated contractor service center.

“We’re excited about our continued expansion plans for Busy Beaver during the next year across the entire region. Starting with Grove City, we’ll be pleased to offer local residents and businesses a customer-friendly store experience that addresses the needs of DIYers and supports local contractors,” Joe Kallen, CEO of the company, says.

Founded in 1962, Busy Beaver began as a trio of lumberyards. The company began to open full-service home improvement centers in the 1970s and 1980s across Pennsylvania and now employs approximately 350 workers. In 2015, Busy Beaver joined True Value.

Todd is trends editor for Hardware Retailing magazine. He graduated from Indiana University where he majored in journalism and French. Throughout his career, he has aimed to highlight small businesses and their community value. He joined NRHA in 2017.
Previous Calcium Lime Remover
Next Carr Hardware Wins National Retail Contest