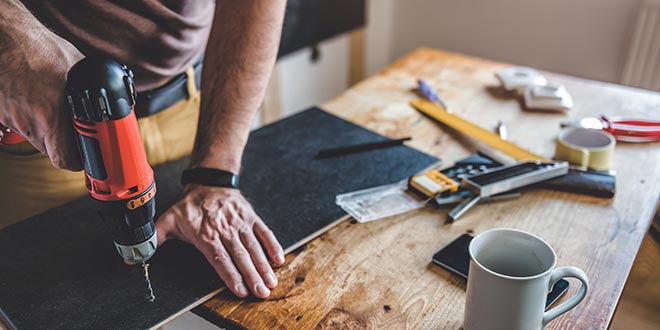 Trends in home renovations have contributed to recent growth in the number of new retail jobs in the U.S., the Chicago Tribune reports.

“Building-material stores hired more than 10,000 workers in February to keep up with booming demand,” the news article says.

The trend of homeowners remodeling instead of buying new houses has been ongoing due to high home buying costs and a small inventory of homes for sale, according to the Chicago Tribune.

As a result, the home improvement industry added tens of thousands of jobs over the past year, the newspaper reports.

“What’s striking about these numbers is that they are unaffected by online retail,” Jed Kolko, chief economist at the online jobs site Indeed tells the Chicago Tribune. “Most people aren’t buying their lumber or potting soil online.”

The February job growth in the industry was unexpected, Jack Kleinhenz, National Retail Federation chief economist, says in the article. That hiring is less typical than the thousands of seasonal home improvement jobs opening for the spring selling season.

“This is a housing repair and remodeling story—and not just because of the recent hurricanes and fires,” economist Diane Swonk tells the Chicago Tribune. “In many cases, people are realizing it’s cheaper and easier to add on to their homes than to buy new ones.”

Home improvement projects and repairs are expected to contribute to increased homeowner spending this year, which is estimated to total $340 billion, according to Harvard University’s Joint Center for Housing Studies.

Kate is profiles editor for Hardware Retailing magazine. She reports on news and industry events and writes about retailers' unique contributions to the independent home improvement sector. She graduated from Cedarville University in her home state of Ohio, where she earned a bachelor's degree in English and minored in creative writing. She loves being an aunt, teaching writing to kids, running, reading, farm living and, as Walt Whitman says, traveling the open road, “healthy, free, the world before me.”
Previous Do it Best Exec Mike Altendorf to Retire in August
Next Ergonomic Shears