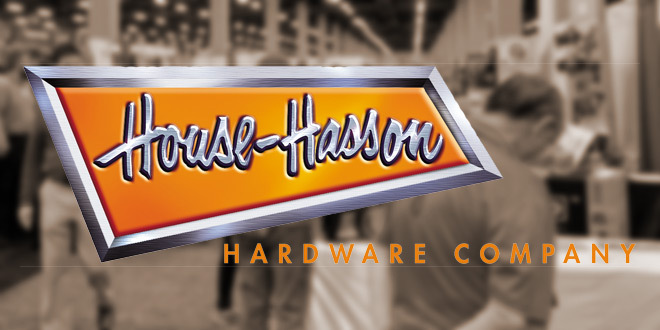 “Bill has proven himself a professional in every sense of the word,” Henry says. “His management style and attention to detail are great assets as we support the profitability of the independent hardware store and lumberyard dealers who count on House-Hasson.”

“I’m humbled and honored to be in this role for a company of House-Hasson’s 116-year history, its traditions and size,” Hauge says. “It’s an honorable company doing important work for dealers and their customers, and I’m privileged to be part of it.”

Of his management style, Hauge says, “I like to let employees be in charge of their roles, so I don’t interfere with their choices as long as the objectives are being met. Employees know more about their specific jobs than I do, so I listen and provide guidance only when needed.”

A Chicago, Illinois, native, Hauge earned his bachelor of science degree with an accounting major from the Indiana University School of Business. He is also a certified public accountant. Prior to his role at House-Hasson, Hauge served as senior financial reporting manager for General Electric, business unit controller for Alstom Power, Inc., and plant controller for American Safety Razor Company.

“Bill takes this role at an important time for us,” Henry says. “Our sales have doubled in the last five years, and he’s been at the forefront of enabling us to absorb this increase. He’ll be a leader in his new position in fashioning our human resource policies to retain and attract employees and in cost control efforts.”

Born in Indiana and raised in Indiana, Germany and Virginia, Hans has worked for NRHA since 2001. He has a B.A. in English from Indiana University and is a published fantasy and science-fiction author. His hobbies include cooking, especially smoking meats, tabletop and video games and supporting space sciences and science education.
Previous True Value Appointed to White House Supply Chain Task Force
Next Savings, Excitement Abound at Blish-Mize Spring Market