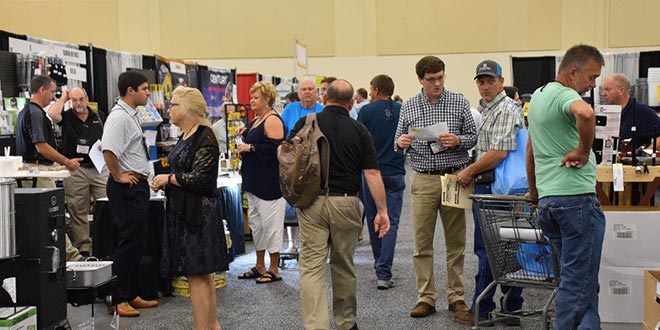 Vendor participation at the regional distributor’s buying show, which took place June 15-17 in Sevierville, Tennessee, was up about 15 percent year over year, House-Hasson officials say.

An expansion of product offerings and vendor partnerships that benefit House-Hasson hardware stores and lumberyards were reasons for the increase, company president Don Hasson says.

“What stood out at the market, apart from an increased number of vendors, were the new faces among our dealers who came to the market for the first time,” McCutcheon says. “Some of them were dealers who have converted to House-Hasson, who are learning about us as we expand our outreach in Louisiana and Texas, and others were dealers we’ve had for some time who we’ve been encouraging to come and enjoy the House-Hasson experience.”

McCutcheon is also seeing a generational changeover in the home improvement businesses the distributor serves.

“Among some of the dealers we’ve been working with for a long time, I’m seeing their sons and daughters come to the market either because they’ve been handed the baton and assumed responsibility for the family business or are being groomed for the role,” he says.

House-Hasson Hardware has been in business for 111 years, and Don Hasson has seen the changing of generations many times.

“Our company is almost half as old as the United States,” Hasson says. “It’s a proud history, and one of the things of which I’m most proud is the loyalty shown to us by our dealers over the years, which I’m confident is a result of our loyalty to them, their stores and to their profitability.”

The distributor serves more than 2,000 retailers in 18 states and the Caribbean Basin.

Kate is profiles editor for Hardware Retailing magazine. She reports on news and industry events and writes about retailers' unique contributions to the independent home improvement sector. She graduated from Cedarville University in her home state of Ohio, where she earned a bachelor's degree in English and minored in creative writing. She loves being an aunt, teaching writing to kids, running, reading, farm living and, as Walt Whitman says, traveling the open road, “healthy, free, the world before me.”
Previous More Than 2,000 Exhibitors Expected at International Garden Fair
Next The E-Commerce Threat: Is It Exaggerated?