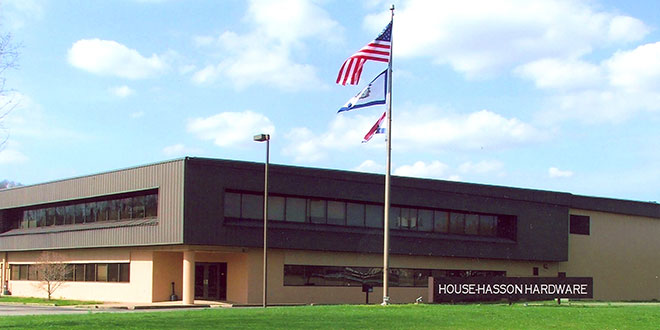 “Don recognized Steve’s outstanding abilities years ago and prepared him well for the leadership of the company,” James K. Hasson wrote in a letter to employees, shareholders, dealers, vendors and other friends of House-Hasson Hardware Co. “Steve has been, and will remain, assisted by an exceptional group of managers, sales personnel, distribution, purchasing, finance and administrative employees, drivers and others, and we have great confidence in Steve’s leadership of this team.”

Henry says his goal will be continued focus on Don Hasson’s mantra, that “dealer profitability is the basis for everything we do.”

“Don was a great leader and a driving force in the industry,” Henry says. “While many other independent hardware distributors were disappearing in changing economic conditions, under Don’s leadership, House-Hasson instead grew and thrived, enabling our customers—independent hardware store and lumberyard dealers—to grow and thrive as well. It’s an honor, and humbling, to be chosen to lead such a great company. I’m grateful to the board for this opportunity and to everyone involved with House-Hasson in helping me along the way.”

Henry joined House-Hasson in 2010 as the company’s credit manager and was named executive vice president in 2017.

“Steve has proven himself to be a gifted administrator and talented executive,” Don Hasson said at the time.  “As executive vice president he will be primarily responsible for the day-to-day operations of the company, at which I believe he’ll do an excellent job.”

Henry earned his business degree from the University of Tennessee, and he has also completed the LSU Graduate School of Banking in Baton Rouge, Louisiana, and the Tennessee School of Banking and Southeastern School of Commercial Lending, both on the Vanderbilt University campus in Nashville. Before joining House-Hasson, he served as county regional president for two major banks, then moving from banking into the mortgage business.

“My background in finance, coupled with the last 11 years under Don’s tutelage working with hardware store and lumberyard dealers, is dual experience I will continue to ensure is of value to our dealers,” Henry says. “I couldn’t be more optimistic about the future of House-Hasson.”

“As it has for more than century, the company will continue to provide excellent service to our dealers, and we are looking forward to maintaining and expanding the support of our, and your, employees, and the communities in which all of us conduct business as we plan for the next 100 years (and more) of successful operation,” James K. Hasson said in his letter.

Founded in 1906, House-Hasson serves more than 2,500 independent hardware store and lumberyard dealers in 23 states and the Caribbean Basin and has annual sales above $200 million.

Melanie is the communications and content manager for the North American Hardware and Paint Association. She joined the NHPA team in 2016 as an editor for Hardware Retailing and now helps lead the communications team to deliver relevant, timely content to the industry.
Previous 5 Social Media Marketing Myths to Bust in 2021
Next Analyzing 2021 Retail Sales Potential