Home » COVID-19 » How Housing Could Lead an Economic Rebound 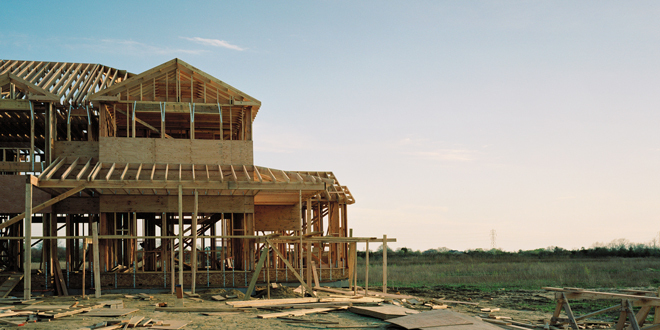 As news hit that the U.S. gross domestic product—a measurement of the production of goods and services—contracted 32.9 percent in the second quarter of 2020, the National Association of Home Builders (NAHB) reports housing could be on the frontlines of an overall economic recovery.

The 32.9 percent contraction marks the worst decline in the metric’s history. The metric’s decline follows other economic warning signs. In April, nearly 20 million jobs were lost, and in more than 1.4 million Americans filed new claims for state unemployment benefits. Although the economy has seen a degree of recovery in the intervening months, the U.S. is still down nearly 15 million jobs since February, according to CNN.

The NAHB notes that housing’s overall share of the U.S. GDP has climbed to its highest point since 2007, totaling 16.2 percent in the second quarter of 2020.

Writing for NAHB’s Eye on Housing blog, Robert Dietz, chief economist for the NAHB, says housing momentum should remain strong in the months ahead.

“Housing gains will continue as the consequences of the virus crisis are likely to lead to a reversal for declining home size trends and a greater need for additional home office space,” Dietz says. “For these and other reasons, home building and remodeling have demand-side potential that can help fuel a recovery in the labor market, given the widespread impact that construction has on the economy in terms of jobs and state/local tax revenue.”

Earlier this year, Dietz spoke with High Performance Retailing about other positive indicators for the housing and home improvement markets.

“If the economy can open up safely, and we can get through some additional economic weakness we anticipate in the third quarter, the construction industry could be on its way to a recovery in the coming months,” Dietz says.

Todd is trends editor for Hardware Retailing magazine. He graduated from Indiana University where he majored in journalism and French. Throughout his career, he has aimed to highlight small businesses and their community value. He joined NRHA in 2017.
Previous Online Leadership Course Empowers Managers
Next NRHA to Host Webinar on Managing Stress in the Workplace