Home » Operations » How I Did It: Increased Annual Sales From $1M to $6M 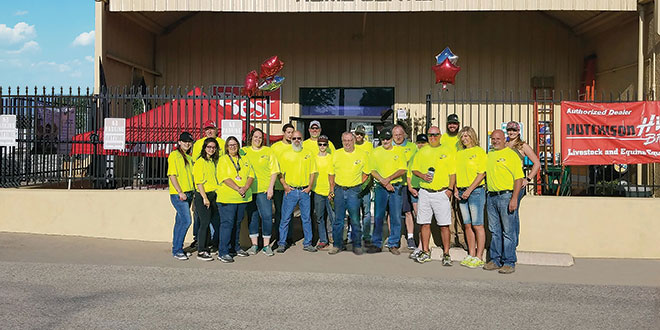 How I Did It: Increased Annual Sales From $1M to $6M

Having started in lumberyard management early in his career, Jeff Van Well is in a fairly ideal position to turn a struggling lumberyard around. He found that opportunity in 2016 at A2Z Home Center. The Chino Valley, Arizona, operation was struggling when Van Well purchased it from its previous owner. Over the course of three years, through diligent leadership, culture improvements and a keen eye for business, Van Well led the store to grow from $1 million in annual sales to over $6 million. The result today is a bright, inviting lumberyard and hardware store.

“I had gained experience with underperforming businesses from my previous role at a regional chain. There, within three years of working in lumberyards we were in the company’s top 10,” Van Well says. “I’ve always operated with great teams who enjoy working with customers, and that’s what we were able to build again at A2Z Home Center. You can’t do it alone.”

A2Z Home Center currently has 22 employees, 16 who are full time, running a 7,500-square-foot hardware store on 2.7 acres of combined hardware and lumberyard space. While the business serves a heavy contingent of DIY and homeowner customers, A2Z Home Center does 66 percent of its sales with contractors and builders.

But it didn’t start out that way. After selling a successful business with three lumberyards, Van Well had been away from retailing for 10 years. He was “bored and ready to get back in.”

That was when Van Well took over A2Z Home Center, an operation that had become known for having a poor setup and high prices.

Van Well used his connections from previous lumberyards to learn what building materials they needed for the communities around Chino Valley. He also updated signage and brought in new vehicles to replace the previous delivery fleet.

“Trucks make great billboards,” Van Well says. “Getting the word out starts the process, and builders begin to notice the quality we’re bringing in.”

Inside the hardware section, products also needed to be refreshed. Since the business had been operated by an owner looking to leave the industry, product selection had grown stale.

“Stagnation is actually the first step backward, so we’re still learning from our customers and finding new ways to serve them every day.”
—Jeff Van Well, A2Z Home Center

There were also opportunities to improve workplace culture. As the store was neglected, the established workforce had soured on management and the business itself. Van Well worked to retain the current base of employees, laying out the changes he planned to make under his ownership.

“When we first got here, the outside crew was very removed from the inside sales associates. It caused a real problem with team dynamics,” Van Well says. “That was a priority for us to fix. The team is now built on our mold of customer service. We have many employees who stayed on from the beginning, and they’ve seen that with a successful store, it’s a lot easier to make better wages. People like working with positive people.”

“Stagnation is actually the first step backward, so we’re still learning from our customers and finding new ways to serve them every day,” he says. 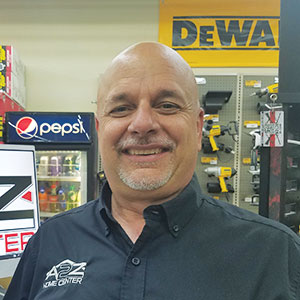 Problem Resolved
When Van Well took over A2Z Home Center, it was a poorly lit and badly stocked business that had struggled to maintain connections with professional contractors and builders. With a new culture and updated products, the business is now seeing new annual sales records.

Key Takeaway
“Having worked in the industry for my whole life, I knew how to go about retooling the business and updating it for our customers. But nothing happens without a team, and building a team that wanted to work with each other and make the business successful was the most important thing,” Van Well says.

Future Plans
A2Z Home Center is still a work in progress, Van Well says. While the business won’t be expanding to new locations in the near future, it continues to expand its selection of hardware and building supply products according to customer demand. The A2Z Home Center team is also working to further develop its ties with local builders and professionals.

Chad is an assistant editor for Hardware Retailing magazine. A Purdue University graduate, Chad has covered sports and news at the high school, college and Olympic levels as a sports writer, editor and designer for multiple newspapers. Prior to joining the NRHA, he was the sports editor for the Herald Journal in Monticello, Indiana, and a designer and copy editor for the AIM Media Indiana group in Columbus, Indiana. When not cultivating his beard, he enjoys backpacking, cooking, traveling and watching too much sports and Netflix.
Previous Home Depot CFO Chats Millennials, Pro Services
Next Farmhouse Sink 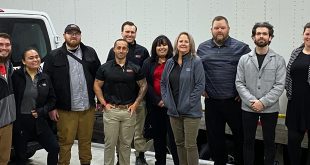 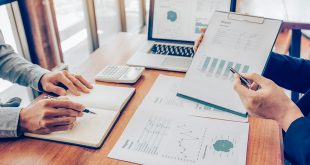 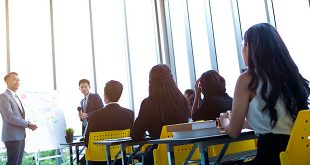 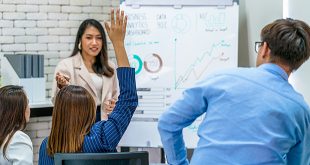 Along with looking for best practices from fellow home improvement retailers, it can be beneficial …