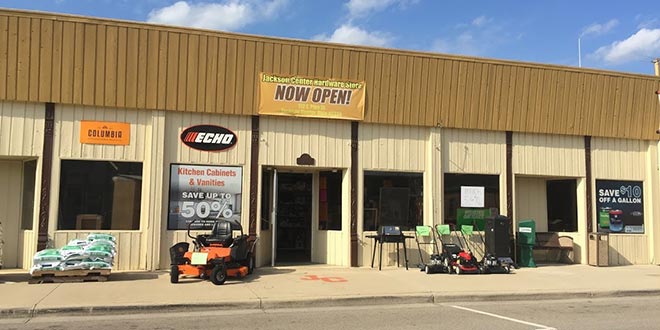 The Jackson Center, Ohio, store currently has about 3,000 square feet of selling space, but the size isn’t preventing it from beating the big boxes on quality and price.

Co-owner and manager Deron Yingst is perpetually price checking products and has implemented an 11 percent rebate that cashiers automatically apply at the checkout on nearly every product. 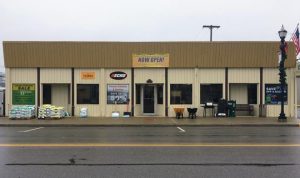 Yingst price shops his competitors weekly, checking websites, including eBay and Amazon, reading circulars and visiting stores. He often tweaks prices on products, finding ways to beat competitors on price and trumpet the news to current and potential customers. He uses in-store signage and Facebook to advertise the rebate and prices that what other retailers or e-commerce companies are offering.

The 11 percent instant rebate is a direct shot at Menards, which offers customers 11 percent mail-in rebates.

“A lot of the comments we get are, ‘Oh! Small businesses can compete with the big boxes,'” Yingst says.

Yingst knows where larger companies build in higher margins and that knowledge helps him compete. For example, a growing part of Jackson Center PRO’s business is solid wood kitchen cabinetry, which the store can earn a healthy margin on at prices 50 percent lower than at the big boxes.

“There are certain things they won’t come down on price on,” Yingst says. “They advertise that they have the best prices, but they’ve got to make their money somewhere.”

Stores with large footprints and lots of employees have much higher overhead costs than Yingst has with his two part-time employees and small sales floor, he says. He would know; his work history includes a stint at Home Depot.

Lower overhead means Jackson Center PRO can afford to sell some highly price-sensitive items, such as joint compound for drywall, at cost while still earning a high margin on cabinets, oven range hoods and other larger-ticket items.

“I don’t look for a high margin on everything. At the end of the day, I ask: ‘Did we earn enough?'” Yingst says. “If you can do a 30 percent margin overall and your overhead is low, you’re making money.”

Yingst owns the store with business partner James Warnkey. They bought the store together in 2017 after its previous owner closed it. The opportunities they saw became reality. They remodeled the building, reopened in April 2017 and set out to grow business.

The prior owner had a solid commercial customer base, but Jackson Center PRO now does more business with homeowners than the previous owner did total, Yingst says. About 70 percent of the store’s customers are DIYers and the rest are businesses.

Sales have grown 190 percent year over year and Yingst sees more opportunities ahead. Because the store is small, items such as cabinets have to be special ordered, but Yingst tries to help every customer even if he has to send them to a competitor to find products.

“One of the very first things I do is ask them how soon they need it. If they need it right away, I’ll tell them where they can get it and probably get it at the best price,” Yingst says. “I tell them, ‘I know because I’m always price shopping.’ They don’t necessarily remember where they bought it; they remember the person who helped them.”

Kate is an assistant editor for Hardware Retailing magazine. She reports on news and industry events. She graduated from Cedarville University in her home state of Ohio, where she earned a bachelor's degree in English and minored in creative writing. She loves being an aunt, teaching writing to kids, running, reading long books, farm living and, as Walt Whitman says, traveling the open road, “healthy, free, the world before me.”
Previous Hand Cart
Next Utility Pump 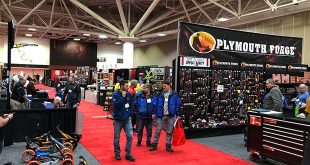 At its Spring and Summer Buying Market, held Jan. 10-12 at the Minneapolis Convention Center …