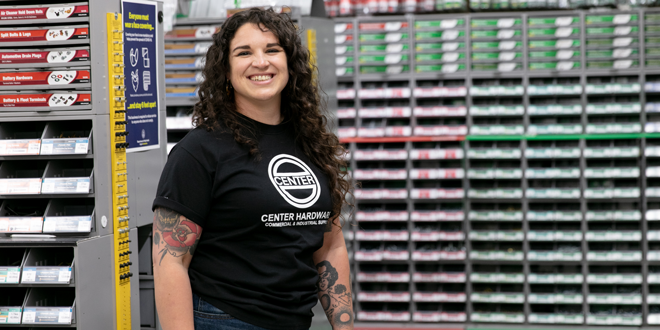 Traditionally, if you wanted to manage your inventory effectively, you relied on efficiencies such as just-in-time delivery, minimal backstock and a reliable sales history. But in one year, everything changed.

During the pandemic, consumer demand for home improvement products accelerated. The supply chain faced multiple challenges, including reduced work forces, limited availability of raw materials and increased demand. Retailers often had to get creative to figure out how to keep up. While many independent home improvement retailers posted record sales for 2020, nearly everyone had to rethink the inventory management strategies they had used for so long.

As the industry (hopefully) begins to emerge from the disruptions of the past 18 months, it’s time to think about what happens next. Are there going to be fundamental changes to the way retailers manage their inventory?

That’s a question Hardware Retailing editors posed to a panel of retailers, each with different perspectives and markets. As their answers show, inventory management of the future may focus more on agility in sourcing, tighter assortments and increased emphasis on back stock.

Be agile enough to quickly utilize secondary suppliers and be willing to introduce new brands to your customers. It’s a strategy that will give you the best options when the supply chain gets tight.

Dani Estenger, inventory manager for Center Hardware in San Francisco, says one of her biggest challenges early in the pandemic was finding core cleaning items. Shortages and allocations from her primary wholesalers sent her looking outside the industry to areas she may have never before considered.

“For a while, finding gloves, for example, was difficult, so we started talking to vendors in the food service industry, which is a channel we normally wouldn’t have talked to,” she says. “We probably talked to 20 different glove vendors as we tried to meet the demand from our customers. As an independent, we have the advantage of being able to go wherever we can to get what we need.”

Shortages spread to other parts of the store. As the months progressed, the industry felt the ripple effects of labor shortages and a reduced supply of raw materials. Estenger began making more purchases directly from vendors to supplement what she was getting from her primary wholesalers.

At Weaver’s Hardware, which has three locations in Pennsylvania, president Edward Shenk says over the past year and a half, he’s consolidated vendors in some categories, focusing on suppliers who could deliver. In many cases, instead of carrying two major brands with duplicate products, he eliminated one so he could have a larger presence with a single vendor without redundancies, saving him cash and space on the shelf.

“We consolidated some stock around what was available so we weren’t always out of stock on a specific brand,” Shenk says. “We found most customers were understanding. If the brand they were used to buying was out of stock and we had an alternative, they would go with that one. There are a few vendors with strong brand loyalty, but customers are flexible with most of the brands.”

Shenk says he is likely to retain some of those alternative brands for a while. Customers are getting used to them and, more importantly, those vendors are able to keep him in stock while others are not. Retailers looking for vendor partners in the future may use the pandemic as a gauge for which vendors may be best prepared to handle a future crisis.

Many home improvement retailers have built a reputation on being the place with hard-to-find items. Where big boxes boast a broad selection, independents often go deep in categories that are important to their customers. However, as the pandemic pressured retailers to stock up in some areas, they were faced with decisions on how to spend their cash. Trimming out slow-movers has always been an inventory management best practice; now assortment planners may be a bit more aggressive when purging C and D items.

At Center Hardware, the pandemic drove home the wisdom of being judicious with every dollar. Estenger says that high demand for some categories, such as PPE, led her to purchase as much as she could. To get the extra inventory dollars to make those purchases, she looked to other categories.

“One of the biggest takeaways has been to keep slower-moving items slim and trim,” she says. “We don’t need excessive amounts of inventory and need to have those extra dollars available. Those changes can be frightening, because you are putting a halt on some of your buying, but you should always be aware of where you can shed inventory dollars.”

The pandemic also brought an opportunity. Center Hardware has typically been heavy in commercial and pro sales, but within the span of just a few months last year, their percentage of consumer traffic increased by 50 percent. Estenger began selling categories she wouldn’t have dreamed of stocking two years ago, such as games and puzzles.

She might have never considered those products had she not listened to customers and staff. The pandemic has re-emphasized the importance of communicating with staff on the salesfloor and customers about what they think is missing in the inventory. Sometimes, staff suggest bring up products she may never have tried had she not been listening.

“Those conversations are where you’re going to find out what you’re missing and what products you have that you don’t need,” Estenger says. “Just looking at the data isn’t always enough.”

Estenger also says that one of the reasons her business was able to have an ample supply of in-demand items such as PPE is because they are in the habit of proactive buying. Center Hardware typically has a large quantity of masks on hand, given that their area of the country is prone to frequent forest fires. When the COVID-19 virus began to emerge, she had the foresight to understand the significance for their business and adjusted her ordering accordingly.

“You have to watch what’s happening in the world and be thinking how that might affect your business,” she says. “We made some big buys at the beginning of the pandemic and that paid off for us.”

Retailers who used to rely on just-in-time delivery to maintain inventory levels may start keeping more backstock to provide a safety net against supply chain issues. They have the confidence to buy larger quantities, and often buy them further in advance than may have been necessary in the past. Retailers who already have efficient operations and have cash on hand to invest in extra inventory will be best prepared to deal with supply challenges.

Dale Drew, owner of Merrilees Hardware and Supply, operates two stores in Indiana and one in Ohio. Last year, he dealt with supply shortages by taking advantage of the future reserves program offered by his wholesaler so he could buy inventory in advance, even if he didn’t need it immediately. He also increased his normal seasonal buying so he felt he would have enough for the coming year.

Sales at Merrilees rose 30 percent last year, which includes extra business generated by a remodel in one of his locations. But between forecasting and searching for alternative products, Drew estimates purchasing requires four times as much time as it used to and his payables have been nearly double what they are normally. His father even came out of retirement to help with the ordering.

While Drew anticipates the supply chain will emerge from this crisis stronger, he also foresees hanging on to some of the buying practices he’s acquired over the past few months. He has spent more time looking at inventory reports, examining them on a daily basis, and is particularly attentive to pricing.

“We are forecasting further out and buying further in advance, just to make sure we are getting product in the door,” he says. “We also raised our order quantities so we are buying more by the case, rather than just individual items.”

At Weaver’s Hardware, Shenk says the past year and a half has completely shifted the way he’s thought about just-in-time delivery.

“Our receiving process used to be truck to shelf. Now we are truck to warehouse to shelf,” he says. “The amount of backstock we are keeping has changed.”

That’s a challenge for retailers like himself who don’t have a lot of extra space, as stacking extra merchandise on the salesfloor can make the store look cluttered. He already has plans in the works to build a fourth location. Before the pandemic, he would have allocated about 10 percent of the building for warehouse space. Now, he’s planning to change that to about 35 percent.

“In the future, we are going to carry a higher percentage of safety stock,” Shenk says. “I think we’re going to see more fluctuations on what is available and when, and retailers are going to have to take a bigger part in warehousing more product in their store.”

Finding space for high stock levels on some items could also lead him to eliminate redundant and slow-moving items in other areas. He’ll also change the way he buys. Instead of ordering the same product twice a month, he’ll order larger quantities once a month to increase his in-stock position and potentially reduce his cost.

He says if more retailers take the same approach, distributors can be more efficient, too. Decreasing frequent, small orders eases the workload on warehouse staff, who may already be dealing with reduced staff and increased demand. Helping distributors is just one example of how everyone in the industry can work together.

And that spirit of working together has been a key component of getting through the pandemic, Shenk says. Heightened customer demand and reduced workforce required a new sense of teamwork at every level of an organization. There were plenty of times when everyone on staff had to pitch in to get a job done. Customers showed a renewed loyalty to small businesses and an understanding of the challenges they faced, he says. It’s that spirit of working together that helped retailers survive the past 18 months.

“If we all work together to make the whole system work better,” he says. “Whether it’s supply, distribution or retail, that certainly makes it better for everyone and more fun to be in business.”

Jesse Carleton has visited independent hardware retailers, conducted original research on the industry and written extensively about the business of hardware retailing. Jesse has written for more than a dozen of NHPA’s contract publishing titles, all related to the hardware retailing industry. He also was instrumental in developing the Basic Training in Hardware Retailing courses now used by thousands of retailers across the country.
Previous Creating a List of Professional Service Providers in Your Area
Next Unique Partner Businesses Bring New Opportunity 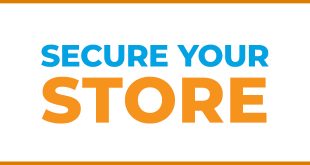 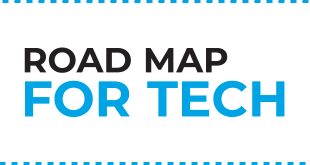 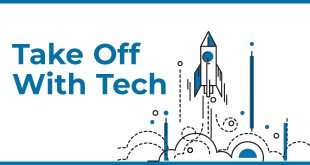 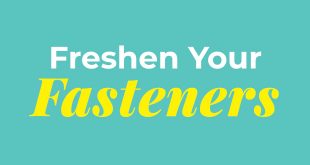