Home » Category » A Hunter’s Tips for Success in Sporting Goods 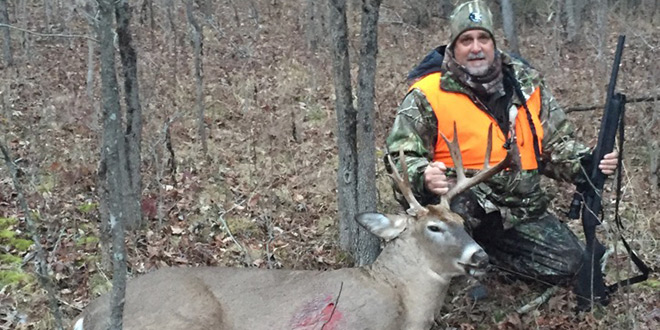 A Hunter’s Tips for Success in Sporting Goods

Deer-hunting season is an anticipated event for both new and avid hunters. In the October issue of Hardware Retailing magazine, editors spoke with three different retailers who have experience selling the hunting goods category.

To learn more about what these retailers are practicing before, during and after deer hunting season, click here.

In addition, Hardware Retailing spoke with Bob Cutter, an avid hunter and NRHA’s vice president of sales to learn about his thoughts on the category, from products needed to ways independent retailers can do a better job at getting the business of hunters like himself.

Hardware Retailing (HR): How long have you been a hunter?

Bob Cutter (BC): I started hunting when I was 20, so I’ve been hunting for about 36 years now. I began hunting birds like ducks and quail. I did not start deer or turkey hunting until about 11 years ago when I moved to the Midwest.

When I first started hunting, I was in Florida and Louisiana, primarily along the Gulf Coast. There is deer hunting there, but the deer are a lot smaller. Along the coast, it’s predominantly bird hunting.

HR: What kind of game do you hunt and what have you hunted in the past?

BC: My focus for the last 11 or 12 years has been deer and turkey hunting. However, these are two completely different types of hunting experiences.

To be successful at deer hunting, you need to understand the deer’s pattern, where they are moving, and then it comes down to a waiting game.

When you’re turkey hunting, you are on the ground, tracking and calling for them. The thing that is so cool to me about turkey hunting is that you pick up and move to find them, which you can’t do as much when hunting deer.

HR: Which way do you prefer to hunt—with guns or archery equipment?

BC: My father-in-law prefers archery to using guns when hunting. But for somebody that’s never hunted deer and doesn’t have exposure to archery, the typical path is to introduce them to deer hunting during gun season.

My first two years, I only hunted by gun, but you’re limited—you only have a two week window.

I think that people that get introduced to hunting starting with guns, you get a fever for it. And then I got introduced to archery. In the state of Indiana, on Oct. 1 the deer-hunting season starts with archery. Archery is another area of hunting that has diversified so much in the past 10 years. Crossbows were not allowed until just a few years ago, for example.

HR: What is your “must have” gear list of all the items you need for a hunting trip?

BC: Well, my obvious “must-have items” are my choice of weaponry, whether it’s guns or archery, ammunition and a variety of bows. Beyond that, however, apparel for hunting is huge.

As a hunter, you have to think about what the weather is supposed to look like when we go. When it’s still warm, lighter fabrics are better, but if it’s the bitter-cold winter, you need heavier layers.

It’s also important to have good footwear, because the worst thing is to be out sitting in a tree stand with freezing cold feet.

Outside of clothing, distracting and covering various senses of both deer and turkey is very important for a successful hunt. When I hunt deer, there are different game noises, whether you’re trying to attract a buck with a buck call or a doe in heat. You can even buy attractants to smell like a doe in heat.
To keep deer unaware of your presence, scent cover-ups are huge, too. I also make sure to create a pattern for deer by creating food plots they’ll return to and setting up camera’s to track their movement.

HR: What do you expect out of the businesses you go to for your hunting necessities?

BC: I think early on, when I was just getting into hunting, I didn’t know anything. I knew what my gun and ammo was, but I knew nothing about other equipment or preparation. I hadn’t hear of tree stands, scent coverage, any of that. My expectation when I go to a store is to be educated. If I have questions about how to use a particular stand, I want to be assured that the retailer understands the product.

There is a hardware store in Owen County I always stop in on the way to my father-in-laws cabin. I always go there to pick up anything I may have forgotten.

HR: What advice would you give a retailer when working with hunters?

BC: If you’re assisting seasoned hunters, you need to be well versed and prepared to discuss the category beyond just the weaponry. Know about the apparel, accessories, scent covers, food plots and the entire gamut of topics they may want to discuss.

HR: What is it about hunting that you enjoy?

BC: The thing about hunting that a lot of people don’t talk about is it’s not just the kill, for me personally. It’s a fantastic way to get away from the stress of everyday life. I can go out into the woods, before sunrise, and watch the woods come to life. I may never see a deer all day, but being out in the woods in nature is relaxing and refreshing.

HR: When you go hunting, do you take day trips or go on longer trips?

BC: I started off just going on day hunts, mostly because I was still new to it. For any trip, you have to be prepared. You need more than the materials and products to hunt, there’s a lot of other gear you need for the weather. Hunting is an expensive hobby. You’ll of course need a gun, which could be about $600, but there’s the whole apparel side of hunting as well, which can involve a lot of different products.

I’m now fully invested in equipment for archery, shotgun and muzzleloader. I’ll typically block out three to five days for a trip. I’ll do six to eight of those trips during hunting season.

My father in law has 50 acres, and we go hunting on his land quite frequently during hunting season.

My youngest son, I started him at age seven. At first he wasn’t sure about guns or archery, but he’d go up in the trees with me and sit. After a full season of hunting and him seeing a deer get harvested and understanding the behavior patterns, he had a great appreciation and now has been hunting since he was eight years old.

HR: Have you gone on a hunting trip where you haven’t brought anything home but still learned something from it?

BC: There have been multiple times I’ve gone hunting and might’ve seen a turkey or deer and not harvested anything. But the whole experience of being out in the woods is what I take away from it. Whether I’m seeing the woods wake up or go to sleep, that’s what I enjoy. It’s peaceful, relaxing and a great opportunity for family time. You can’t buy that.

Plus, since you don’t always bring something home, I think it encourages you to return and keep trying.

Renee Changnon is the retail outreach coordinator for NRHA. She meets with retailers in their stores and at industry events and introduces them to the services NRHA provides. Renee previously worked as a member of the NRHA communications team. She earned a degree in visual journalism from Illinois State University, where she served as the features editor for the school newspaper. After college, she implemented marketing and promotions initiatives at Jimmy John’s franchise locations across the country. She enjoys exploring books with her book club, Netflix marathons and hosting goat yoga at her apartment complex. Renee Changnon 317-275-9442 rchangnon@nrha.org
Previous Retailers Do Double Duty as Politicians
Next How to Score Big in the Hunting Category 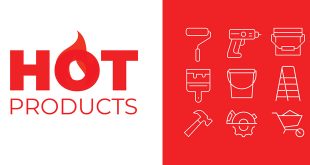 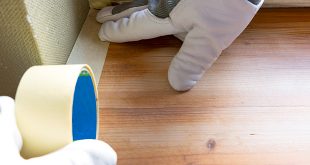 Prepping With the Right Products

Kitchen and bathroom remodels come with a plethora of decisions to make. From cabinets to …