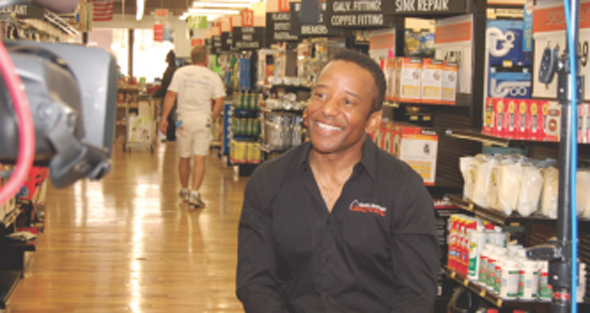 Independent home improvement retailer Keith Payne will be featured in an upcoming episode of MSNBC’s weekly “Your Business” TV show. Payne, owner of Indianapolis-based North Meridian Hardware, will appear in a segment scheduled to air later this year.

During the segment taping, Payne discussed how he constantly reviews pricing updates and works with his distributor to stay competitive in his urban market.

Amanda Bell was an assistant editor of Hardware Retailing and NRHA. Amanda regularly visited with home improvement retailers across the country and attended industry events and seminars. She earned a degree in magazine journalism from Ball State University and has received honors for her work for Hardware Retailing from the Association of Marketing and Communication Professionals.
Previous Strong Sales, Optimism Evident at Do it Best Spring Market
Next Create an Emergency Preparedness Niche