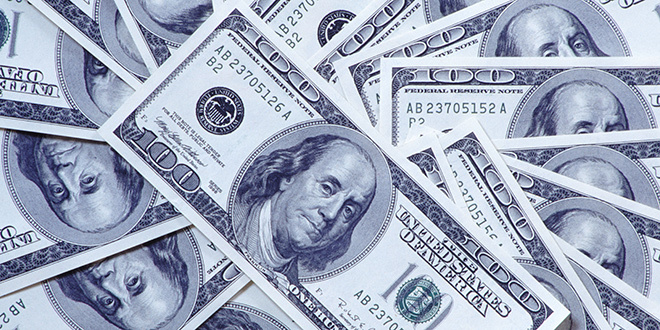 The U.S. Bureau of Labor Statistics reported another jump in inflation in March, up 1.2 percent after a 0.8 percent increase in February. Inflation has risen 8.5 percent over the last 12 months, the largest 12-month increase since December 1981. For all items less food and energy, the index was up 6.5 percent, the biggest 12-month change since August 1982.

The gasoline index rose 18.3 percent in March, accounting for over half of the all items’ monthly increase. Oil prices continue to surge because of the ongoing war in Ukraine and other supply chain issues. The food index was up 1 percent, and food at home jumped 1.5 percent.

For the second straight month, the index for used cars and trucks dropped 3.8 percent in March, hopefully leading to more affordable used vehicle prices in the future.

While inflation continued to rise in March, major retail ports across the nation saw a decrease in cargo in February, allowing them to catch up from the surges seen during the pandemic, according to the monthly Global Port Tracker report from the National Retail Federation (NRF) and Hackett Associates. U.S. ports saw 2.11 million twenty-food equivalent units (one 20-foot container or its equivalent) in February, down 2.3 percent from January.

“As we entered 2022, the biggest question was when the supply chain would return to normal,” NRF vice president for supply chain and customs policy Jonathan Gold says. “Unfortunately, we still don’t have a definitive answer. Congestion at West Coast ports has eased, but congestion at some East Coast ports is growing. Ports aren’t as overwhelmed as they were a year ago, but they are still significantly busy moving near-record volumes of cargo.”

Retail sales also grew in March in spite of the increased inflation rates. The U.S. Census Bureau reported retail sales in March were up 0.5 percent seasonally adjusted from February and up 6.9 percent year over year. While some months have seen declines, retail sales have grown year over year every month since May 2020. Building materials and garden supply stores were up 0.5 percent month-over-month seasonally adjusted and up 1.8 percent unadjusted year-over-year.

“While prices soared in March and eroded spending power, shoppers remained resilient and sales were healthy,” NRF chief economist Jack Kleinhenz says. “Consumers have the willingness to spend and their ability to do so has been supported by rapid hiring, increased wages, larger-than-usual tax refunds and the use of credit. They are largely dealing with the shock of gas prices but will be facing higher interest rates as the Federal Reserve tightens monetary policy in the coming months. The challenge for the Fed is to cool off demand without pushing the economy into a dramatic slowdown.”

Lindsey joined the NHPA staff in 2021 as an associate editor for Hardware Retailing magazine. A native of Ohio, Lindsey earned a B.S. in journalism and minors in business and sociology from Ohio University. She loves spending time with her husband, two kids, two cats and one dog, as well as doing DIY projects around the house, going to concerts, boating and cheering on the Cleveland Indians.
Previous Cost of Construction Materials Continues to Jump
Next Your Consulting Questions Answered: A Q&A With NHPA’s Kim Peffley