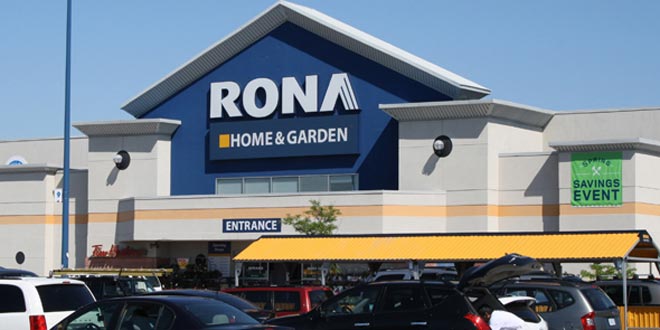 The American retailer announced May 20 that it has completed its purchase of RONA Inc. as planned in a transaction valued at $2.4 billion.

The acquisition represents a key step in accelerating Lowe’s growth strategy and creates one of the largest home improvement retailers in Canada with 539 store locations, according to Lowe’s.

RONA provides the American company with a network of 496 corporate and dealer-owned stores in a number of formats. Lowe’s also gains nine distribution centers serving corporate stores, dealer-owned businesses and Ace Canada. RONA owned the licensing rights and was the exclusive distributor for Ace Canada, and Lowe’s is inheriting that relationship with Ace.

“We are very pleased to welcome RONA and its talented team into the Lowe’s family,” says Richard D. Maltsbarger, Lowe’s chief development officer and president of international operations. “This transaction significantly expands our presence in the Canadian market and provides attractive opportunities to drive revenue and profit growth while delivering meaningful long-term benefits to shareholders, customers, suppliers, employees and the communities we serve.”

“With the closing now behind us, we have hit the ground running and are focused on assuring a smooth transition and taking full advantage of the outstanding opportunities we see as one of Canada’s leading home improvement retailers,” Prud‘homme says.

The company will maintain RONA’s multiple retail store brands, enhance distribution services to independent retailers, continue to employ most of RONA’s employees and build on the relationships Lowe’s and RONA have with manufacturers and suppliers in the country, according to the company.

Lowe’s is headquartered in Mooresville, North Carolina, and has more than 2,300 home improvement stores.

Kate is profiles editor for Hardware Retailing magazine. She reports on news and industry events and writes about retailers' unique contributions to the independent home improvement sector. She graduated from Cedarville University in her home state of Ohio, where she earned a bachelor's degree in English and minored in creative writing. She loves being an aunt, teaching writing to kids, running, reading, farm living and, as Walt Whitman says, traveling the open road, “healthy, free, the world before me.”
Previous Drywall Repair
Next Take a Look–The Q1 Results Are In