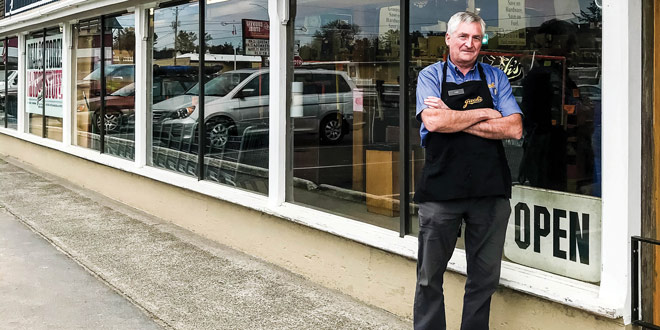 Jack’s Country Store Has Thrived During 135 Years of U.S. History

Jack’s Country Store began operating in 1885 as part of a deal its founder, J.A. Morehead, made with the owner of a stagecoach line, which used the beach as a roadway, according to Jack’s president Tom Downer.

Morehead originally opened a storefront in 1885 in nearby Oysterville, selling general merchandise to travelers and pioneers during Washington’s earliest years of statehood. The general store now located in Ocean Park, Washington, has prospered, despite the ups and downs of 135 years of U.S. history.

In the beginning, Morehead hired the stagecoach line to haul his freight in exchange for a financial loan that helped him launch the general store.

The Washington territory became a state in 1889, the same year the local Clamshell Railroad was completed, creating a trade route between Washington ports at the city of Ilwaco on the Columbia River and the Nahcotta community on Willapa Bay. Morehead subsequently moved his operation to Nahcotta and then expanded to the Ocean Park area on the North Beach Peninsula.

Since then, the business has outlived the retirement of stagecoaches and the diminished use of railroads for travel.

The store’s buildings have burned three times. And the operation has survived two World Wars, the Great Depression and several other economic downturns. The company lives on, serving an array of customers’ general store and hobby needs.

Downer, whose parents purchased the store from some Morehead descendants, now co-owns the store with two family members and a longtime employee.

Downer’s parents, Jack and Lucille Downer, bought the store from the Morehead family in 1969. Jack Downer had lost his job and was looking for a new career, and the final Morehead relatives operating the business were ready to retire but had no family members interested in running the business.

Jack and Lucille saw an opportunity, despite not having any retail experience.

They ended up leading the business through many years of change and growth. They had a solid operation running when Downer took
over in 1984. Downer has worked for the business for 51 years, starting when he was 16.

He estimates that his family has overseen up to 20 construction projects on the 3 acres where Jack’s is located. The operation now has a 25,000-square-foot retail store, two fuel stations and multiple warehouses for storage. The store stocks more than 250,000 product SKUs.

The business is still a general store and sells groceries, home improvement products and a variety of niche categories, such as supplies for clam digging.

Downer works with more than 1,000 vendors to stock the store, but like other home improvement retailers, his job is more about
service than products.

He is accustomed to answering questions about home repairs, listening to customers’ problems and helping them brainstorm fixes. Jack’s home improvement categories include hardware, electrical, plumbing, tools and paint. The plumbing department is comprehensive and supplies pipes to local commercial, industrial and agricultural businesses. Shellfish and cranberry farmers are important agricultural customers for Jack’s.

If Jack’s doesn’t sell a product a customer is searching for, the store staff adds it to a list for Downer to consider adding to the inventory.

“We’ve always been driven by what customers ask for. We learn the most about new products when customers ask about a product that will solve their problem,” Downer says. “We are less in the merchandise business than we are in the solutions business.”

The COVID-19 pandemic has drawn an influx of shoppers to Jack’s during recent off-seasons.

People with vacation homes have chosen to stay along the coast in Washington instead of at their primary residences while they quarantine or work remotely. They have bought everything from cleaning supplies and groceries to vegetable seed and more canning products than Jack’s would typically sell in 10 years.

Jack’s has been able to leverage its large vendor network to stay stocked on most essential products and has managed to avoid running out of important household items such as toilet paper, Downer says.

Choosing Change
Jack’s clam-digging equipment niche is an example of the store’s response to the market.

Jack’s Country Store is flanked on two sides by water—the Pacific Ocean and Willapa Bay, as it was when it first opened as a brick-and-mortar store in 1899 in Ocean Park.

The existing store is a stone’s throw from a beach that is popular with clam diggers and other visitors, Downer says. The coastline in front of the store can attract as many as 15,000 clam diggers per day during clam seasons, as well as vacationers, he says.

Business surges when customers flock during peak vacation times, such as spring break, and during the summer when visitors or part-time residents fill up local vacation homes.

“Our beach represents 40 percent of the state’s razor clam harvest area,” Downer says. “It creates a boom and bust cycle we’re accustomed to.”

Clam digging is so popular along the beach that Jack’s couldn’t stock enough clam digging tools through vendor orders to keep up with demand.

The Jack’s team began making specialty shovels and tubes for diggers so they could serve customers better and now are a dominant manufacturer in the marketplace, Downer says.

The Downers grew the category when customers began asking for the lamps in 1998 ahead of Y2K, when many theorists had predicted possible chaos due to computer problems at the turn of the millennium.

To meet demand, Jack’s began selling the oil lamps online in 1998 when the internet was still new to most people.

The store became well known for the lamps, which were hot sellers in 1999, but have remained popular products for the operation to sell worldwide.

Jack’s found itself ahead of its time and built an e-commerce business before most younger and larger retail companies had given the internet a try. As in decades past, Jack’s adapted in response to customer requests and hasn’t looked back.

“We’ve been selling online ever since,” Downer says.

Kate is profiles editor for Hardware Retailing magazine. She reports on news and industry events and writes about retailers' unique contributions to the independent home improvement sector. She graduated from Cedarville University in her home state of Ohio, where she earned a bachelor's degree in English and minored in creative writing. She loves being an aunt, teaching writing to kids, running, reading, farm living and, as Walt Whitman says, traveling the open road, “healthy, free, the world before me.”
Previous Evaluating the Playing Field for Home Improvement Projects
Next Fireplace Products for Safe, Happy Hearths 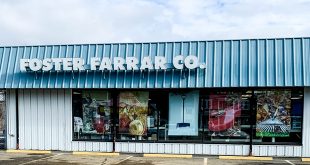 Foster Farrar Co. Has Served Customers During More Than 220 Years of U.S. History 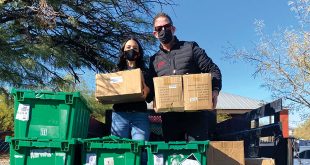 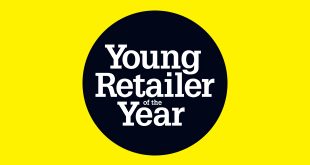 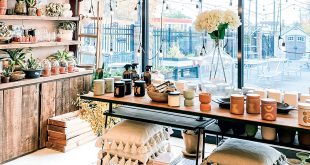 The Grasso brothers, Giovanni and Angelo, worked alongside their father Angelo Grasso Sr. in the …