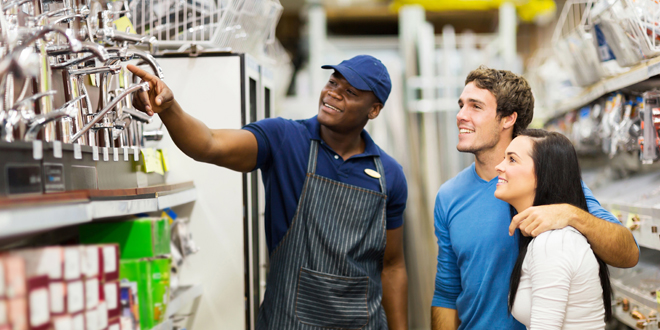 Recently, a local newspaper in Indianapolis, where the North American Retail Hardware Association is headquartered, published a story about an independent hardware store that’s closing its doors. The story also talked about the tough times the independent hardware retailing industry is facing at the hands of the big boxes.

But is that really true? Are independent retailers fighting a losing battle? Or are they actually not only surviving, but thriving?

Hardware Retailing‘s publisher, Dan Tratensek, reached out to the paper with a letter to the editor to talk more about how the independents are alive and well. Here’s the full text of his letter:

I am writing this letter in regard to the story that recently appeared in the Indianapolis Star titled, Hardware Stores Facing Hard Times.

In this story, you recount the plight and possible closure of a local hardware store and you draw a parallel between this story and the state of the nation’s other independent home improvement retailers.

It appears as if, during your research for this story, you reached out to our organization, the North American Retail Hardware Association, and were not provided with accurate information about the number of independent home improvement stores in the country. I apologize for this. In the story you indicated the NRHA does not track this kind of information, while in fact we do, and have, been tracking this information for the majority of our 115+ year history. I can only assume that when you contacted us you didn’t get in touch with the correct person or we misunderstood the data you were seeking. For this, I again, apologize.

Perhaps if we had better communicated this to you, the tenor of your story might have been different. In your story you make statements such as “it’s the latest casualty in the battle for survival among independent hardware stores, who are trying to fight it out, sale by sale, one plumbing fixture or 30-cent bolt at a time, against national chains and big-box stores… The war has been going on for more than 30 years, and the surprising thing is not that [this store] is closing, but that it has lasted so long.”

While this tale may be true for this particular store and it might fit neatly into the popular story arc of how the big boxes are running the little guys out of town, it is far from an accurate depiction of the state of independent home improvement stores in the U.S. This story line also does a great disservice to the thousands of progressive business owners who effectively compete against big boxes, online competitors and discount stores every day.

Here are some facts about independent home improvement stores in the U.S. Since 2004, the total number of independently owned home improvement stores in the U.S. has gone from 38,400 (2004) to 34,900 (2014). Today, the average hardware store in this country has annual sales in excess of $1.4 million and high-performing stores turn average net profits of nearly 7.5 percent. As an industry, we have seen steady growth in sales over the past several years.

While it is true that the numbers of independently owned home improvement stores have declined over the past 10 years, this decline has been nowhere near as precipitous as we have seen in other industries like independent booksellers, pharmacies, electronics stores or toy stores. Nor can the decline simply be blamed on the rise of the hypermarket retailers. Many factors such as changing demographics, shifting population centers and shopping patterns have also played a role.

It is also worth noting that the majority of the decline in stores in our industry over the past 20 years (the era of big-box growth) came from the ranks of regional home center chains and lumberyards. These were the retail operators like Hechinger, Ole’s, Furrows and Builders’ Square who attempted to compete against the likes of Home Depot, Lowe’s and Menards only with weaker, less well-capitalized business models.

The truth is the story of independent home improvement operators is one of triumph, not tragedy. These stores could well be used as a model for how independent business operators can win out in the era of hypermarket retailing. Through a combination of traits such as high service, focused selection, sharp pricing and differentiated product assortments, independent retailers around the U.S. have found many ways to excel and thrive in the shadows of big-box competition.

We know these retailers’ success stories because helping them succeed is the sole mission of our organization (which has been based in Indiana for its entire history). We hear their stories, we share their stories in the pages of our monthly magazine, Hardware Retailing, and we celebrate their stories at events like the National Hardware Show®, which was just held in Las Vegas.

You may also be interested to know that the NRHA, together with a group called Independent We Stand, just completed a comprehensive research project comparing the local economic impact of dollars spent at a locally owned home improvement store to similar expenditures at a big-box store. The results were eye opening. On average, when a consumer spends money at a local home improvement store, nearly twice the amount of that money stays in the local community when compared to spending it a big box. I would be more than happy to share this compete study with you.

While it is truly unfortunate that independent operators like the fine people at the particular store that’s the focus of the story sometimes find it necessary to close their doors after many years of serving a community, there are often many causes to these business decisions. However, it is truly not a comprehensive or accurate representation of the situation to state that the big boxes are driving independent retailers out of the market and that “Hardware Stores are Facing Hard Times.”

Independent home improvement retailers all across the U.S. would strongly disagree with this assertion and similar assertions that they simply cannot compete with the big boxes. Every day, independent retailers throughout Indianapolis and the United States are opening their doors and serving their communities with quality help, well-stocked, well-merchandised, well-priced retail presentations that are compelling to customers of all types.

This is the story of the independent home improvement retailer that needs to be told. It isn’t one of a tragic decline hastened by big-box bullies, it is one of adaptation and perseverance in a changing marketplace – a story that might not be as heart-wrenching but could well be more inspiring.

Liz is the special projects editor for Hardware Retailing magazine. She reports on news and trends, visits retailers, and attends industry events. She graduated from Xavier University, where she earned a degree in English and Spanish and was a member of the swim team. Liz is a Louisville, Kentucky, native who lives in Indianapolis with her husband and two children. She enjoys swimming, reading, doing home improvement projects around her house and cheering on her two favorite basketball teams, the Kentucky Wildcats and the Xavier Musketeers.
Previous A 360-Degree View of Tractor Supply Company
Next When Practical Meets Fashionable 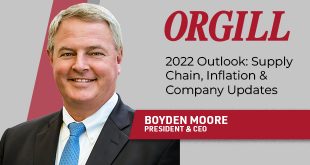