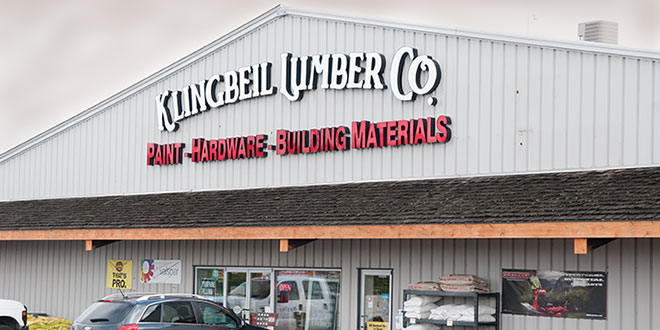 Tariffs the U.S. government implemented in late April on Canadian softwood lumber haven’t had a jarring impact on lumber prices in the U.S. so far, according to some American lumberyard owners.

U.S. Secretary of Commerce Wilbur Ross explained in an April 25 press briefing that a 20-percent tariff wasn’t expected to increase the price of lumber drastically and would help American lumber mills by decreasing the pricing advantage Canadian lumber sellers could offer due to government subsidies.

Bill Klingbeil, owner of Klingbeil Lumber Co. in Medford, Wisconsin, was concerned that lumber prices would jump due to the tariffs, but he hasn’t seen much of an impact yet.

“It was such an awfully wet spring, so building was not at a robust time,” he says. “It didn’t affect people as much as we might think.”

Klingbeil had expected prices to go up on the 80 percent of lumber he sources from Canada. Klingbeil Lumber’s two-by-four and two-by-six lumber, which is commonly used in homebuilding, is typically a high-quality Canadian spruce.

“If they cut back on their shipments to the U.S., people are going to want to pay for that better product, and I think that’s going to affect pricing across the board,” Klingbeil says. “But, we’ll see what happens. I don’t know if everything has panned out yet.”

Koopman Lumber in Massachusetts also buys about 80 percent of its lumber from Canada and experienced price increases on Canadian lumber initially.

“The price has gone down since then,” Dirk Koopman, owner and CEO, says. “I think it’s because of demand. It’s been a slow, wet spring, and I think people knew this was coming, so they had a little more lumber bought than normal.”

Kate is profiles editor for Hardware Retailing magazine. She reports on news and industry events and writes about retailers' unique contributions to the independent home improvement sector. She graduated from Cedarville University in her home state of Ohio, where she earned a bachelor's degree in English and minored in creative writing. She loves being an aunt, teaching writing to kids, running, reading, farm living and, as Walt Whitman says, traveling the open road, “healthy, free, the world before me.”
Previous Quarter 1 Economic Indicators Show Upswing
Next Disc Golf Set