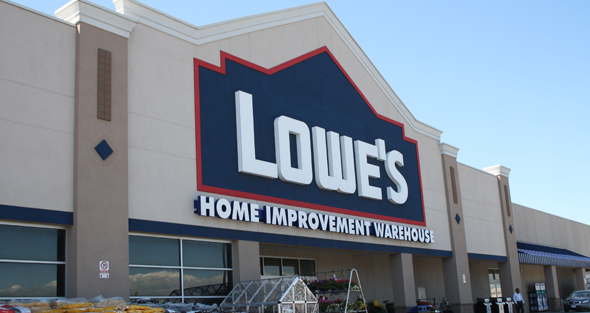 In its fourth-quarter 2018 financial results, big-box retailer Lowe’s reports a net loss of $824 million. This figure is in contrast to net earnings of $554 million during the same period in 2017.

Sales for the fourth quarter came to $15.6 billion, up slightly from $15.5 billion in the fourth quarter of 2017. The company reports comparable sales increased 1.7 percent this quarter across the company, and rose 2.4 percent in the U.S. specifically.

“Overall, we are pleased with the progress we are making in our business,” says Marvin Ellison, Lowe’s president and CEO. “Most of the intense work over the past six months to transform our company has been in preparation for an improved spring season and fiscal 2019. Therefore, we are encouraged by an improved comparable sales progression through the fourth quarter, culminating in U.S. home improvement comp growth of 5.8 percent in January. Although we have remaining work to do, we are pleased with the results we are seeing in early spring categories, which is evidence that we are focused on the right actions at this stage of our transformation.”

Ellison says the company will “continue to implement process and technology improvements” to take advantage of channel opportunities. The company warned that slow sales in the Canadian housing market could impact profitability in the coming months.

In its financial outlook for fiscal year 2019, the company projects total sales to increase approximately 2 percent.

In 2018, the company reports its fiscal sales were $71.3 billion. It currently operates more than 2,200 home improvement and hardware stores and employs approximately 300,000 people.

Todd is trends editor for Hardware Retailing magazine. He graduated from Indiana University where he majored in journalism and French. Throughout his career, he has aimed to highlight small businesses and their community value. He joined NRHA in 2017.
Previous Independent Garden Center Show, National Hardware Show® Launch New Event
Next Big Boxes Announce Latest Financial Results