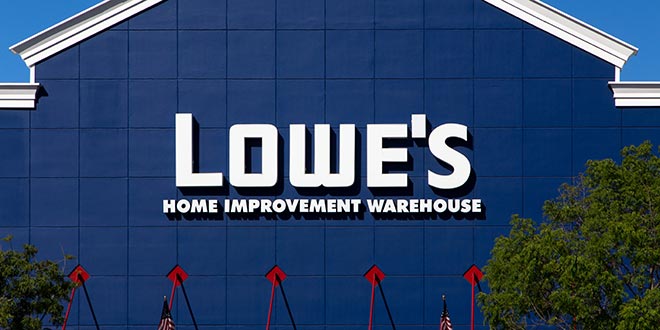 Lowe’s has finalized a deal to become the official home improvement retail sponsor of the National Football League (NFL), it announced in a press release.

The contract runs for an unspecified number of years, and gives the big-box retailer the opportunity to “market and activate on a national and local level throughout the year,” including at several prominent NFL events like the Super Bowl, NFL Draft, NFL Combine and the NFL’s Salute to Service, according to the press release.

“Many of us experience our biggest NFL moments at home with family and friends,” says Jocelyn Wong, chief marketing officer at Lowe’s. “As an official sponsor of the NFL, we will build upon the NFL’s growing popularity and fans’ live viewing habits at home to deepen relationships with customers. Our partnership with the NFL will be a great source of pride for our more than 300,000 associates, who look forward to being able to share in their passion with fans.”

Through the newly formed NFL retail sponsor partnership, Lowe’s will “provide unique NFL experiences for customers and associates” throughout the year. Lowe’s will also serve as the presenting sponsor of the Super Bowl Experience, beginning at Super Bowl LIV in Miami in 2020.

Todd is trends editor for Hardware Retailing magazine. He graduated from Indiana University where he majored in journalism and French. Throughout his career, he has aimed to highlight small businesses and their community value. He joined NRHA in 2017.
Previous Snowblower Promotion Has Customers Hoping for Snow
Next Telescoping Pool Pole