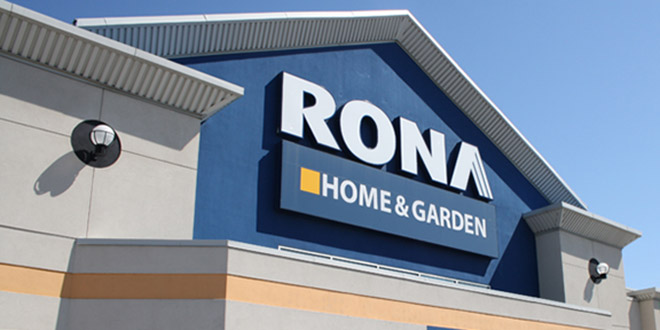 “The transaction is expected to accelerate Lowe’s growth strategy by significantly expanding our presence in the Canadian market through the addition of RONA’s attractive business and excellent store locations across the country,” says Robert Niblock, Lowe’s chairman, president and CEO.

“Importantly, the transaction also provides Lowe’s with entry into Quebec, where RONA is the market leader and we have no presence.”

The boards of directors for both companies have agreed unanimously on the deal, according to Lowe’s.

Lowe’s Canada president Sylvain Prud’homme will oversee both the existing Lowe’s operations in the country and the RONA acquisition.

Lowe’s has committed to the following:

“With our share of customer-centric values and a steadfast commitment to the Canadian market, we expect to generate significant long-term benefits for shareholders, customers, vendors, employees and the communities we serve,” Niblock says.

Lowe’s Canada has roughly 40 Lowe’s locations in the country. RONA operates a network of close to 500 locations, which Lowe’s will operate moving forward.

Kate is profiles editor for Hardware Retailing magazine. She reports on news and industry events and writes about retailers' unique contributions to the independent home improvement sector. She graduated from Cedarville University in her home state of Ohio, where she earned a bachelor's degree in English and minored in creative writing. She loves being an aunt, teaching writing to kids, running, reading, farm living and, as Walt Whitman says, traveling the open road, “healthy, free, the world before me.”
Previous The Big Impact of Small Businesses
Next Project Carts Offer Construction Knowledge