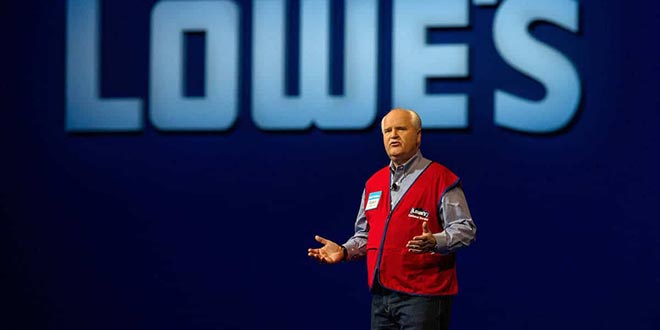 A big change is coming to the Lowe’s Cos. leadership team—longtime chairman, president and CEO Robert A. Niblock plans to retire. 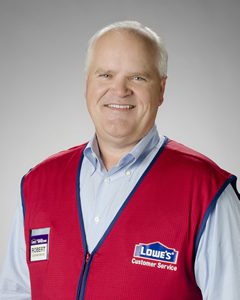 Today, the 25-year veteran of the big-box company announced his retirement, according to a press release from Lowe’s. The board of directors has begun the search for his successor, and Niblock will remain in his role as chairman, president and CEO until the new leader is named.

“After a 25-year career at Lowe’s, including 13 years as chairman and CEO, I am confident that it is the right time to transition the company to its next generation of leadership,” Niblock says in the company statement. “Serving Lowe’s alongside our over 310,000 outstanding employees has been my great privilege and the highlight of my professional career. I am extremely proud of all that we have accomplished to position Lowe’s as the omnichannel project authority.”

Niblock’s announcement to step down comes as “activist investor D.E. Shaw & Co. has pushed Lowe’s to close the gap with Home Depot,” according to Bloomberg. The article goes on to say that although sales at Lowe’s have risen, it continues to trail its main competitor, Home Depot, partly because Lowe’s has fewer stores in lucrative areas than Home Depot does.

In January, Lowe’s said it would appoint three new directors to its board after D.E. Shaw took an active stake in the company worth about $1 billion, according to a Bloomberg article at the time.

The article states that D.E. Shaw believes Lowe’s is not performing against Home Depot as well as it should. The investor believes Lowe’s could “triple its value if it were to focus on improving sales, including its online offerings and marketing,” according to the article.

Lowe’s store count almost doubled to 2,152 over the course of Niblock’s tenure as CEO.

“To replace him, Lowe’s is likely to look outside the company,” David Schick, director of research for Consumer Edge Research says to Bloomberg. “A ‘fresh set of eyes’ would be good in an industry that’s been upended by online shopping.”

Renee Changnon is the retail outreach coordinator for NRHA. She meets with retailers in their stores and at industry events and introduces them to the services NRHA provides. Renee previously worked as a member of the NRHA communications team. She earned a degree in visual journalism from Illinois State University, where she served as the features editor for the school newspaper. After college, she implemented marketing and promotions initiatives at Jimmy John’s franchise locations across the country. She enjoys exploring books with her book club, Netflix marathons and hosting goat yoga at her apartment complex. Renee Changnon 317-275-9442 rchangnon@nrha.org
Previous Sears Continues to See Dropping Sales and Revenue
Next Early Enthusiasm Jump-Starts Blish-Mize Buying Market