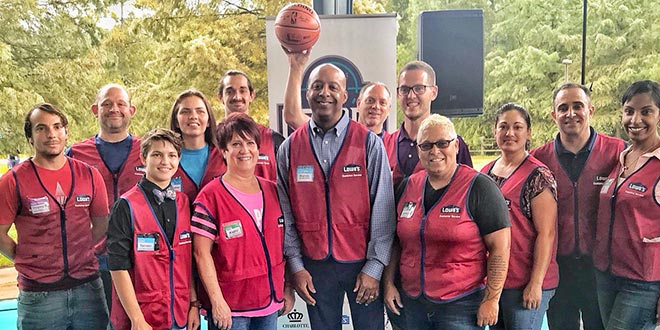 Speaking at a dedication event for Charlotte Hornets-themed basketball courts, Lowe’s CEO and president Marvin R. Ellison outlined what’s in store for the company in the months ahead, according to the Charlotte Business Journal.

In late August, Lowe’s announced the closure of all Orchard Supply Hardware stores, which amounted to 99 locations across California, Florida and Oregon. The company also announced the appointment of a new CFO and its second-quarter financial results, which included net earnings of $1.5 billion. 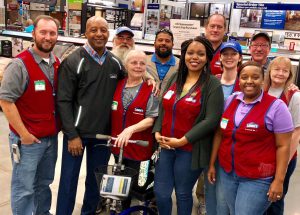 Ellison said he has visited many Lowe’s locations across the country on a three-month tour and discovered improvements were needed.

“We are significantly behind in our supply chain strategy, our in-store technology is dated and our overall execution is impaired by complexity… We need to increase the rigor in which we evaluate capital investments,” Ellison said during the company’s second-quarter financial results conference call.

At the event, Ellison affirmed the company is ready to start implementing those improvements.

“Our goal is to start rolling things out at the end of the year and the start of next year,” Ellison said. “We want to test and learn, then roll out. We’ve got a lot of work to do, but again that’s part of the job.

Ellison said he is drawing on his time at Home Depot to improve Lowe’s.

“Home Depot’s best practices and Home Depot’s playbook is really the retail playbook,” he says. “We’re going to put those things in place where we will have more efficient processes,” he said.

Ellison also said increasing customer satisfaction was a main objective for the company.

The basketball court dedication is part of the Hornets Legacy Project Powered. The project brings resurfaced basketball courts and other facilities to people in Charlotte and surrounding communities. This was the third time Lowe’s sponsored the project.

Todd is trends editor for Hardware Retailing magazine. He graduated from Indiana University where he majored in journalism and French. Throughout his career, he has aimed to highlight small businesses and their community value. He joined NRHA in 2017.
Previous Oil Filter Wrenches
Next Food Storage Bags