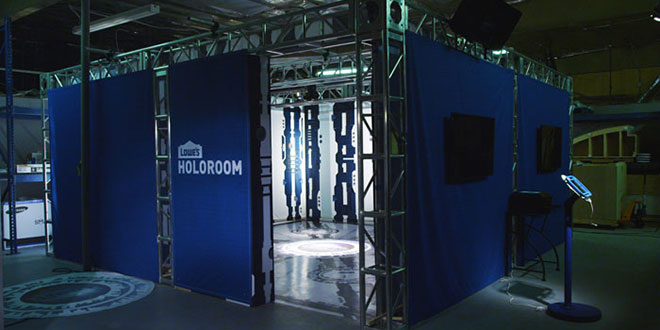 Lowe’s Innovator Recognized as One of ‘True Originals’

The National Retail Federation recently called out a Lowe’s tech leader as an innovator among “true originals who rock the boat with ideas so crazy, they just might work.”

Kyle Nel is executive director of Lowe’s Innovation Labs, which is the giant retailer’s team that produced the Holoroom, a virtual-reality design experience for home projects; the OSHbot robot; in-store 3-D printing for consumers; and a program to launch 3-D printing into space for astronauts’ use.

He was selected to be honored due to his leadership of Lowe’s Innovation Labs and his efforts “to imagine the impossible and provide solutions for problems that customers and employees face every day,” according to NRF.

Nel was among five honorees recognized as The Disruptors 2016, identified by NRF as “the people who make you rethink what you thought you knew about retail, opening you up to new possibilities for your customers, your business and your world.”

The other honorees are executives from Stella & Dot Family Brands, Stitch Fix, First Insight Inc. and GoldieBlox. The National Retail Federation, which is a trade association, is honoring the five executives as part of “The List of People Shaping Retail’s Future.” The 25 people the association named to its list will be recognized Jan. 17 at a gala in New York City.

Kate is profiles editor for Hardware Retailing magazine. She reports on news and industry events and writes about retailers' unique contributions to the independent home improvement sector. She graduated from Cedarville University in her home state of Ohio, where she earned a bachelor's degree in English and minored in creative writing. She loves being an aunt, teaching writing to kids, running, reading, farm living and, as Walt Whitman says, traveling the open road, “healthy, free, the world before me.”
Previous Housing Starts Reach Seven-Year High
Next United Market Offers Strong Start to New Year