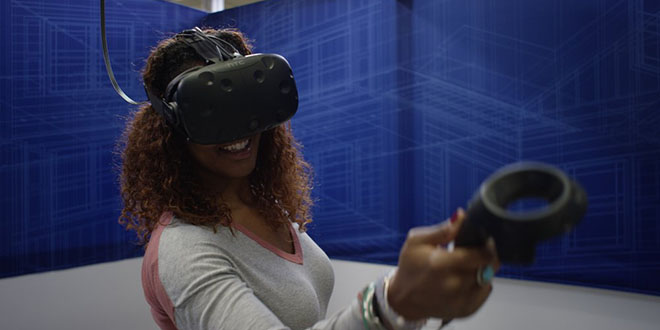 The new tool, which Lowe’s calls the Holoroom How To, trains users how to install tile in a bathroom through a virtual reality program. Through a headset and hand controller, users can mix cement, lay tile and sponge down the wall.

Lowe’s Innovation Labs executive director Kyle Nel told Fortune that the company intends for this tool to pass along home improvement education consumers no longer get at home.

“People don’t know how to do DIY projects anymore,” Nel says in the article. “The skill set of being able to modify homes and do basic maintenance just isn’t being passed down from generation to generation as it did in the past.”

Lowe’s Innovation Labs developed the program based on instructions from a YouTube video that teaches the same project. According to Nel, consumers who participated in the virtual reality training were 36 percent more likely to remember the process than those who watched the original video.

Currently, the Holoroom How To is only available to customers who visit the Framingham location, but Lowe’s expects to launch it in two Canadian locations later this spring, according to Fortune. Another store in the U.S will launch it as well, but the location is currently undecided.

This isn’t the first virtual reality project Innovation Labs has launched. Last summer, the big-box retailer launched Lowe’s Vision, an app that uses Google’s 3-D smartphone platform Tango and allows users to preview appliances and furniture in their own homes.

Melanie is the managing editor for the North American Hardware and Paint Association. She has worked for the association since 2016. In her spare time, she enjoys cooking and baking without recipes and watching online makeup tutorials. She and her husband are raising their son and two fur children in Indianapolis.
Previous Trends on Display at the 2017 Hearth, Patio and Barbecue Expo
Next Stanley Finalizes Purchase of Craftsman Brand From Sears