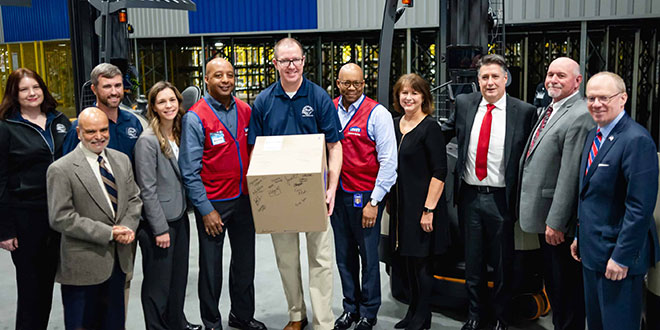 While meeting with analysts and investors, Lowe’s is solidifying its company priorities and financial goals, the company states in a press release.

Those steps include plans to “engage customers, drive merchandising excellence and deliver a seamless omnichannel experience while maximizing operational efficiency.”

As part of these plans, Lowe’s executive vice president and CFO David M. Denton says the company will embrace an “expense-reduction culture” and a $10 billion common stock repurchase program.

The program has no expiration date and adds to a previously announced buyback of $4.5 billion.

“We are committed to investing in the business while also returning excess cash to shareholders, and strongly believe we can deliver substantial value to all stakeholders,” Denton says.

In a separate press release, Lowe’s announced the opening of a new direct fulfillment center just outside Nashville, Tennessee.

The new fulfillment center measures 1.1 million square feet, and the company says it will enable it to serve more customers quicker than ever. Once the center reaches peak efficiency, it will be able to “deliver product to customers in 75 percent of the country in two days or less” and ship up to 100,000 packages per day.

The company says it selected the Nashville-adjacent location because of its close proximity to shipping hubs, interstate highways and skilled workers.

Todd is trends editor for Hardware Retailing magazine. He graduated from Indiana University where he majored in journalism and French. Throughout his career, he has aimed to highlight small businesses and their community value. He joined NRHA in 2017.
Previous BBQ Wood Pellets
Next Paint Barrier Tape