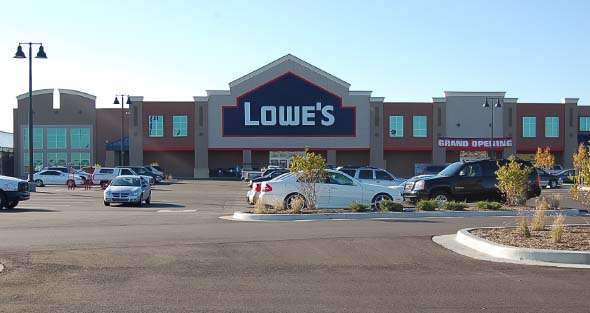 Today, home improvement retailer Lowe’s announced its first quarter sales and earnings in fiscal 2016. The results brought increases in both sales and comparable store sales for Lowe’s, which follows the announcement of similar better-than-expected earnings from rival Home Depot yesterday.

The company reported net earnings of $884 million for the quarter, which ended April 29, a 31.4-percent increase over the same period a year ago.

“We executed well in the quarter, growing both transaction and average ticket to achieve comparable sales growth that exceeded our expectations,” Robert A. Niblock, Lowe’s chairman, president and CEO, says. “We continue to focus on providing better omnichannel customer experiences, and saw strength in indoor as well as outdoor categories.”

Results from both home improvement chains show a bright spot in the retail industry, according to article by CNBC. Retail giants like Macy’s struggle to keep consumers, as consumers continue to shift away from apparel and accessories to seek out big-ticket items like cars and homes.

Renee Changnon is the retail outreach coordinator for NRHA. She meets with retailers in their stores and at industry events and introduces them to the services NRHA provides. Renee previously worked as a member of the NRHA communications team. She earned a degree in visual journalism from Illinois State University, where she served as the features editor for the school newspaper. After college, she implemented marketing and promotions initiatives at Jimmy John’s franchise locations across the country. She enjoys exploring books with her book club, Netflix marathons and hosting goat yoga at her apartment complex. Renee Changnon 317-275-9442 rchangnon@nrha.org
Previous Ice Substitute
Next Store Traffic Climbs, Thanks to Unique Tree Display