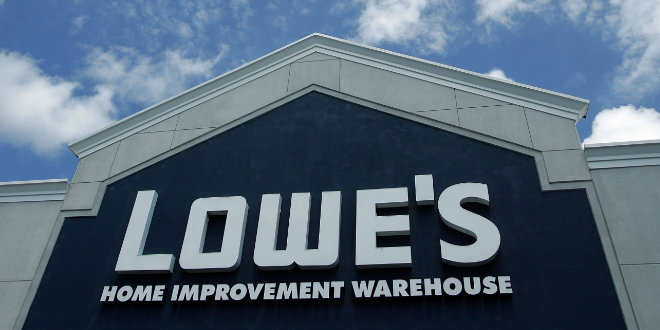 Big-box home improvement chain Lowe’s has announced its third-quarter 2020 financial results, reporting $22.3 billion in sales for the quarter, about 28 percent higher than in the same period in 2019.

Additionally, Lowe’s total sales dipped roughly 15 percent from the second quarter. Overall in the first nine months of the year, Lowe’s sales are roughly 24 percent higher than at this point in 2019.

Comparable U.S. transactions grew 16.4 percent in the quarter, alongside a 13.7 percent growth in comparable ticket size.

“Strong execution enabled us to meet continued broad-based demand, as we delivered over 15 percent growth in all merchandising departments, over 20 percent growth across all geographic regions and triple-digit growth online,” Lowe’s president and CEO Marvin Ellison says.

Ellison also detailed Lowe’s plans to invest $100 million in an effort to reset the layout of its U.S. stores, improving product adjacencies for pros in particular.

In this quarter, Lowe’s invested $245 million in coronavirus-related support for its frontline hourly associates, bringing the company’s total financial support to its workers to $800 million this year. The company has also invested more than $1 billion in store safety and community pandemic relief through the first nine months of the year.

In July, Ellison participated in the National Retail Federation’s Retail Leadership webinar series, where he discussed the company’s commitment to keeping employees safe amid COVID-19 and plans to hire 100,000 seasonal associates.

In August, Lowe’s was the subject of Hardware Retailing’s annual 360-degree analysis. Review the company’s history, major strengths and weaknesses and analysis of where it can go next by reading the Lowe’s 360-degree report.

Todd is trends editor for Hardware Retailing magazine. He graduated from Indiana University where he majored in journalism and French. Throughout his career, he has aimed to highlight small businesses and their community value. He joined NRHA in 2017.
Previous Frager’s Hardware Hosts a Socially Distant Centennial
Next Hot Products – November 18, 2020